Stuffed Paneer idli recipe is breakfast which is loaded with lots of proteins. Stuffed idlis are something everyone would love to have as they are unique recipe.They dont look like a regular breakfast. It can be served as the snacks and good substitute for egg stuffing if you are a vegetarian.

In my current blog, I would like to share with you simple and easy recipe of the paneer stuffed idli.  They are perfect for breakfast , lunch and evening snacks. Paneer stuffed idli is one of the favorite innovative breakfast recipes i had created.

I am sure you would enjoy as much as my family did when you try this recipe. Especially kids look for varieties in their breakfast. I am sure this is the way to amaze them because they always like to see something unusual. 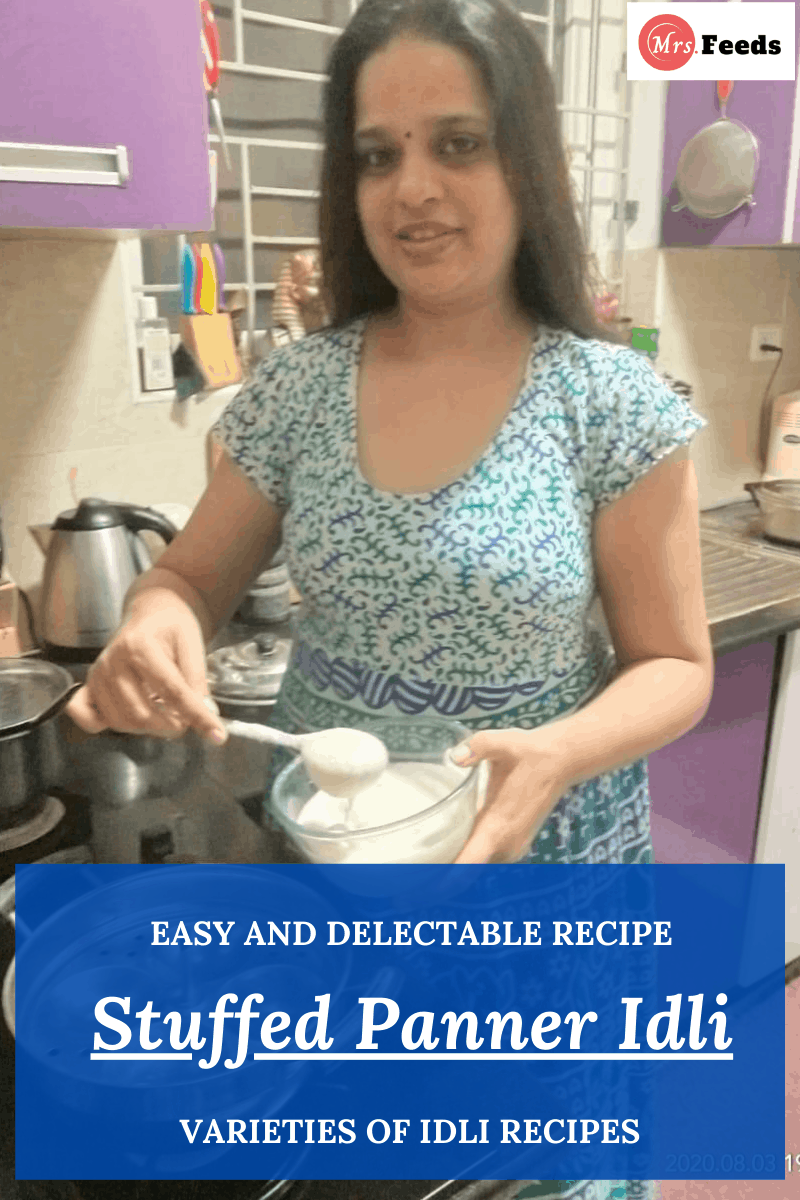 How to do I prepare the Stuffed Paneer Idli

The recipe is pretty simple and quick . The paneer stuffing is very commonly made stuffing for various breakfasts. From this recipe you get to learn the paneer masala and the stuffed idli. If you have some leftover paneer masala. you could reuse them in various ways. You may use it as the side for the rotis or you could make stuffed pararthas or sandwiches.

I am sure all the utensils that you need for this recipe is very much available in all Indian Kitchens. You will also be surprised at the time required to prepare to make paneer stuffed idli. You can do wonders so effortlessly.

Before getting into the actual cooking, I would suggest that you keep all the ingredients on your kitchen counter. This makes cooking much easier and you don’t have to keep switching between tasks to find the right ingredient. 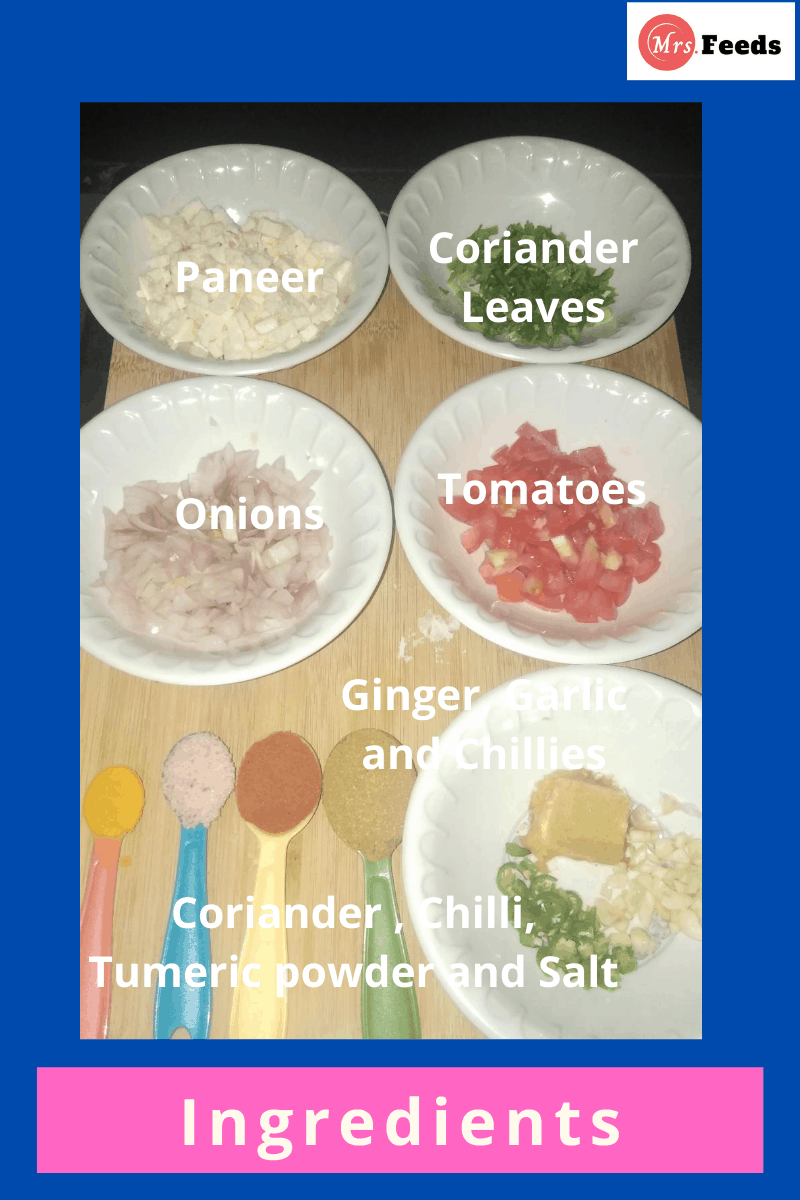 You will absolutely amazing time in your kitchen making different variations in idli. Idli or steamed rice cakes with cottage cheese or paneer masala makes a good filling meal. I will be sharing this delicious recipe in very detailed step by step procedure. You know the ingredients and you keep them all ready along with utensils. Let us get started with the flavorsome recipe of paneer stuffed idli.

Place the frying pan on the stove

Take a frying pan and place it on the stove. Turn on the stove and keep the flame in medium. Make sure you always maintain the medium flame to avoid burning the paneer masala. 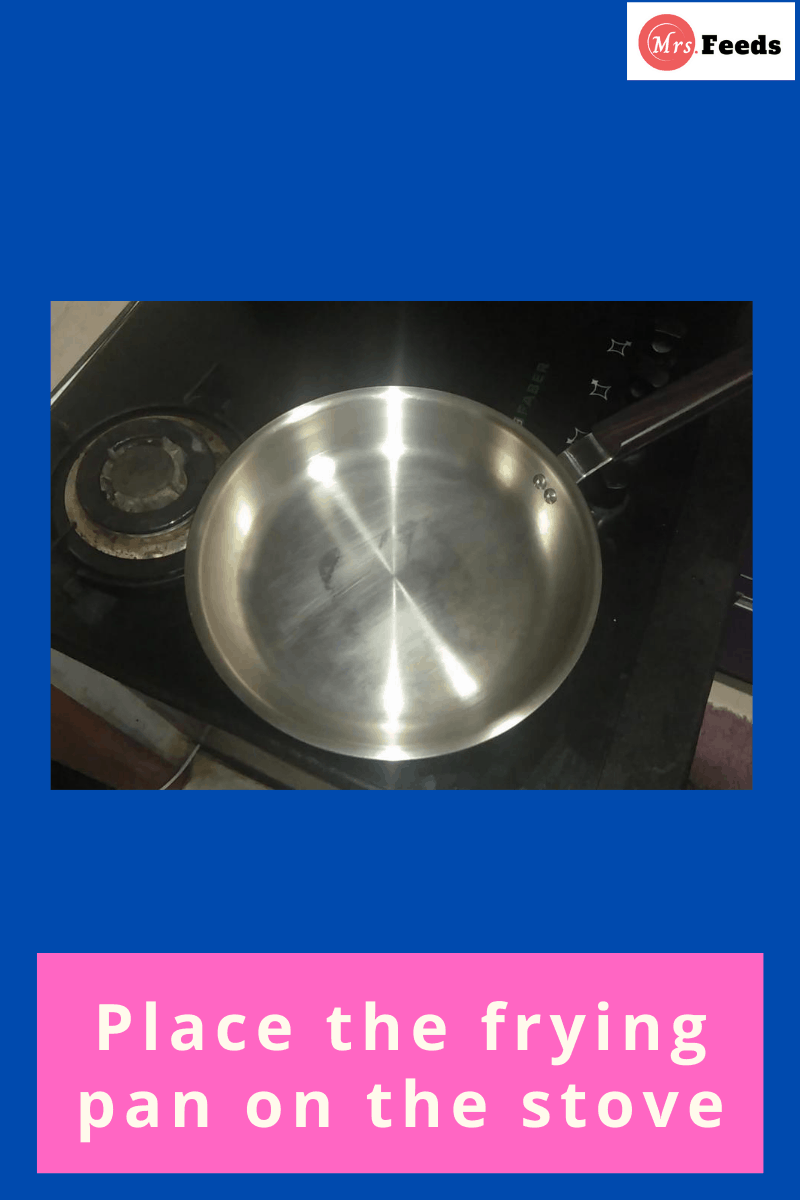 Add oil to the frying pan

After few second, add the 2 tablespoon of vegetable oil to the frying pan. You may use any oil. I have used the groundnut oil as i prefer healthy fats to be added to my recipes. 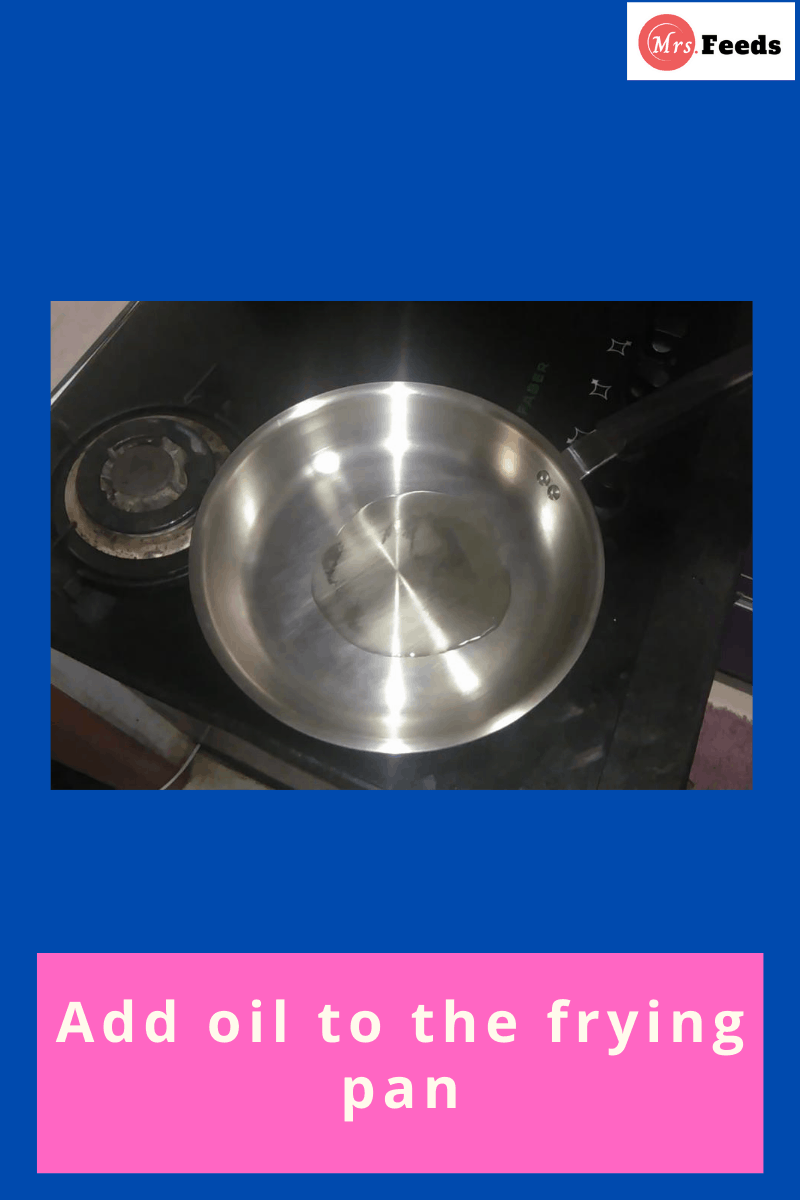 Once you heat the oil, add the green chillies, grated ginger and 4 or 5 cloves of finely chopped garlic to the frying pan. They all would splutter and then saute them well until the raw smell is gone. 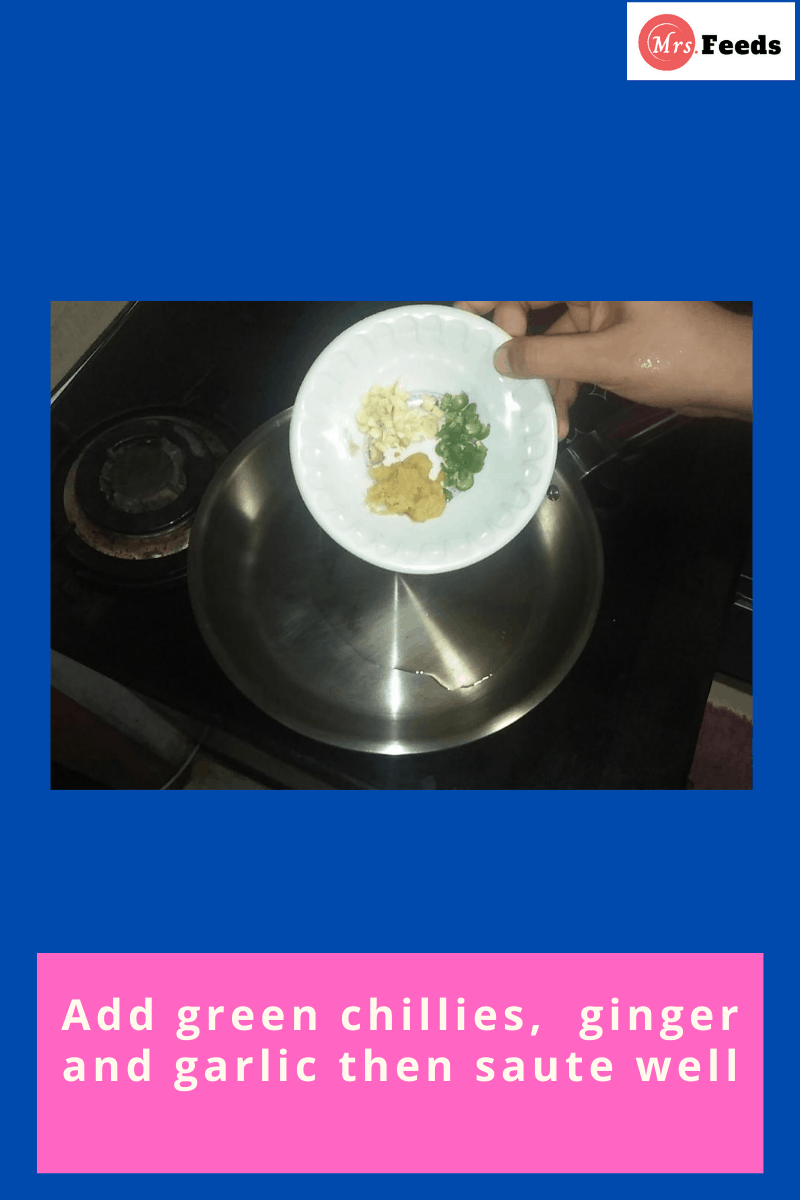 Add onions and fry till it turns brown color

You must now add the finely cut one cup of onions to the frying pan. Saute them well until the onion turns brown in color. This way you will make sure the onion is cooked well and caramelized which enhances the flavor of the masala. 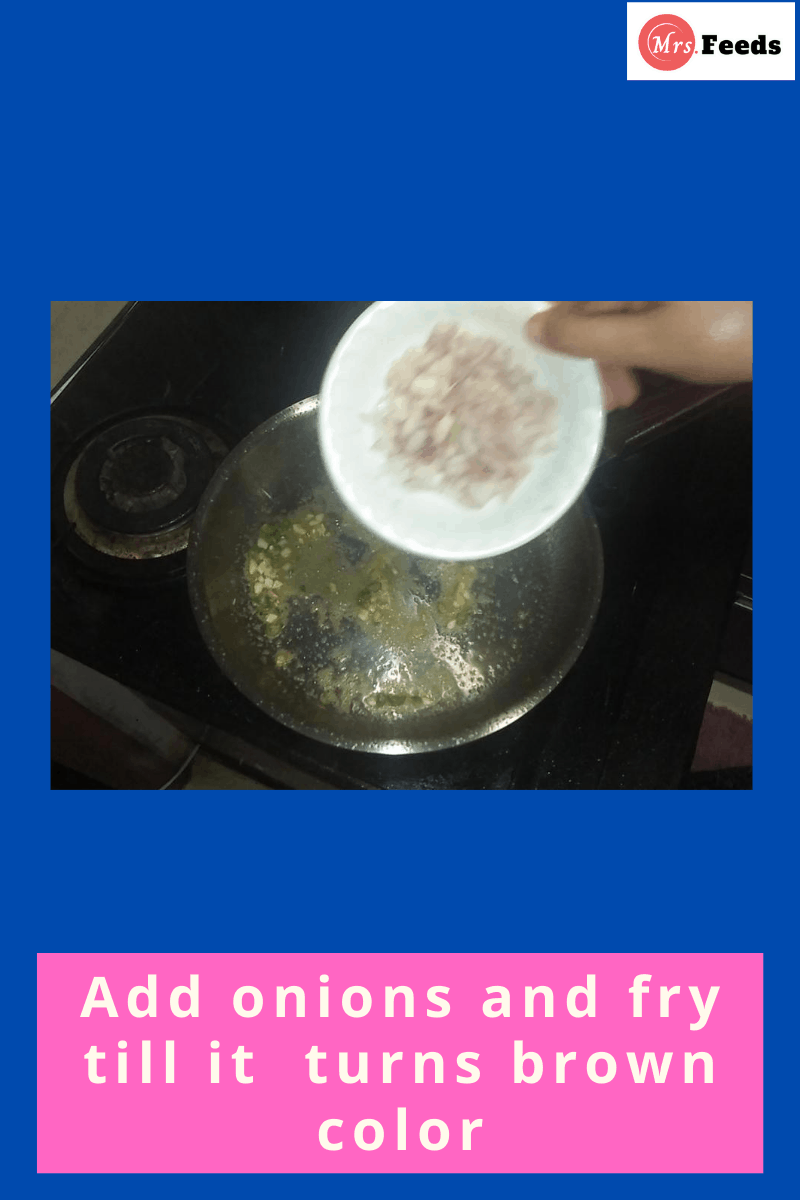 Add tomatoes to the pan and saute well

Its now time to add the tomatoes to the caramelized onions and saute them together well. You could also skip adding tomatoes. I have added them to give a little juicy texture to the masala instead of being dry. 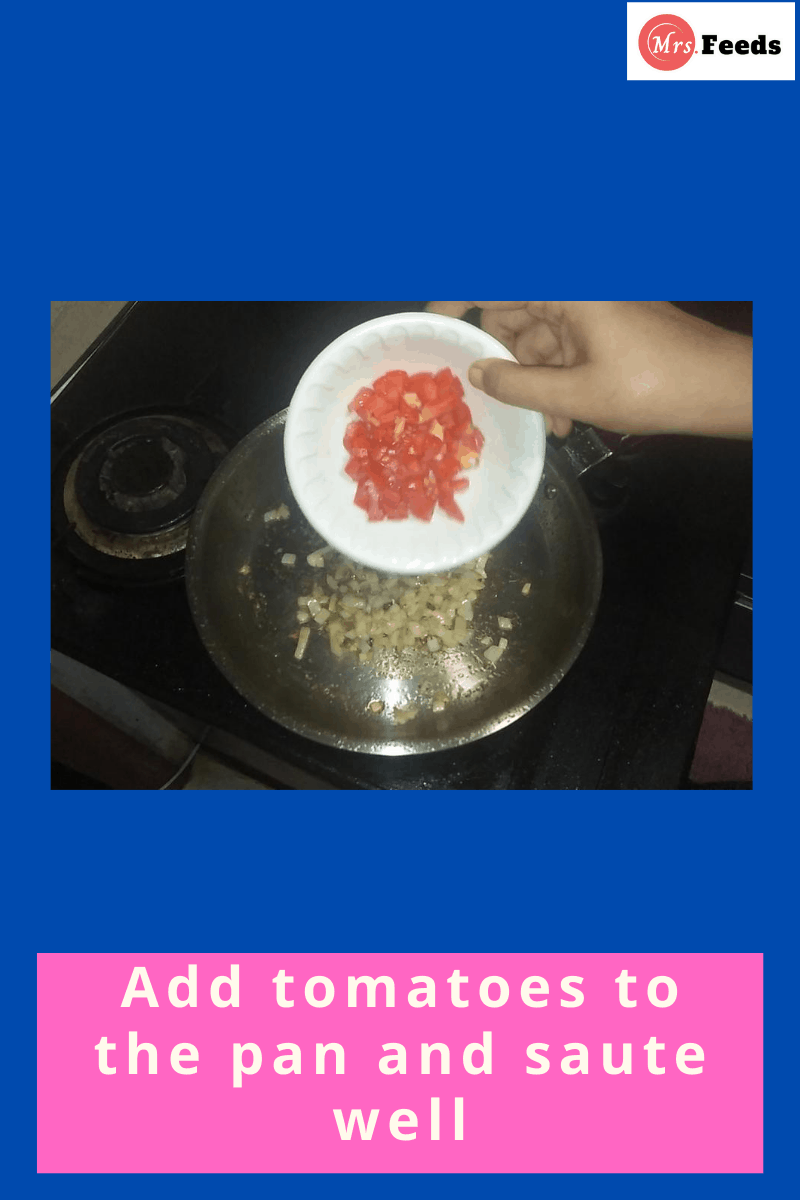 You must now add all the spices one by one to the onions and tomatoes. Add 2 teaspoon of coriander powder, 1 teaspoon of chilli powder , 1/2 teaspoon of turmeric powder and finally salt. 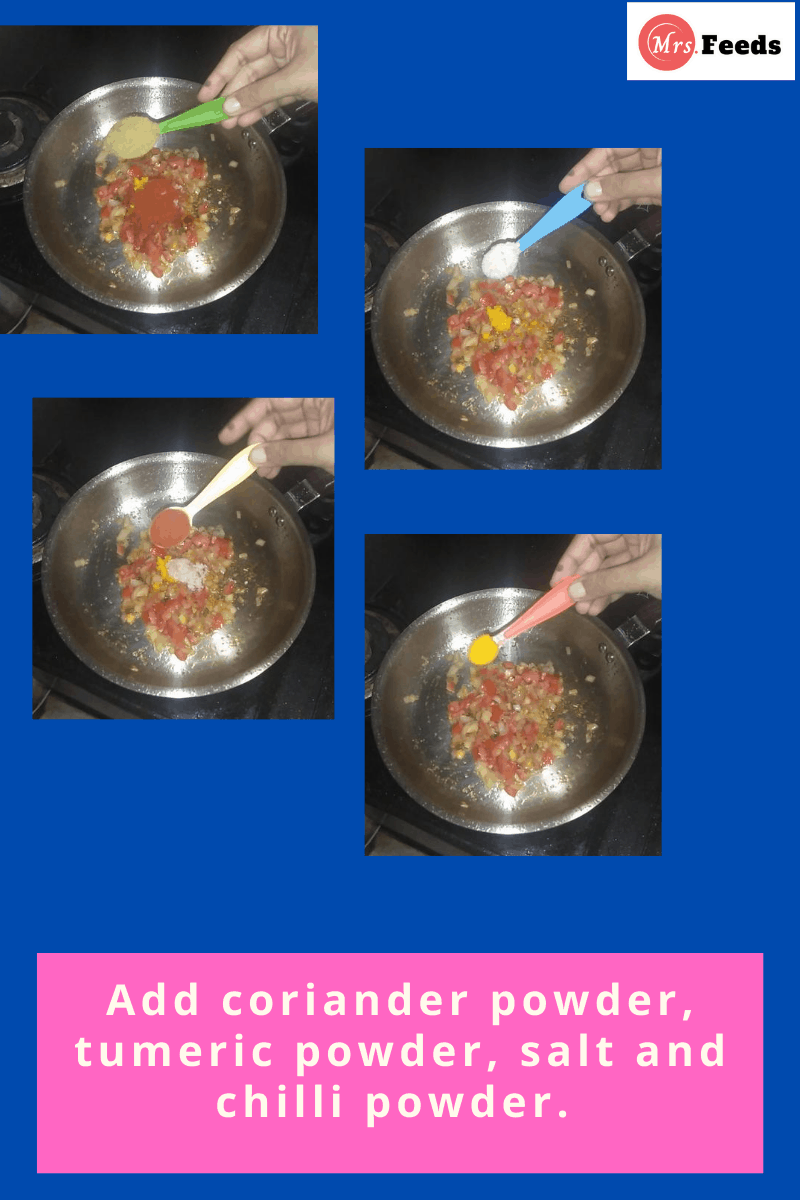 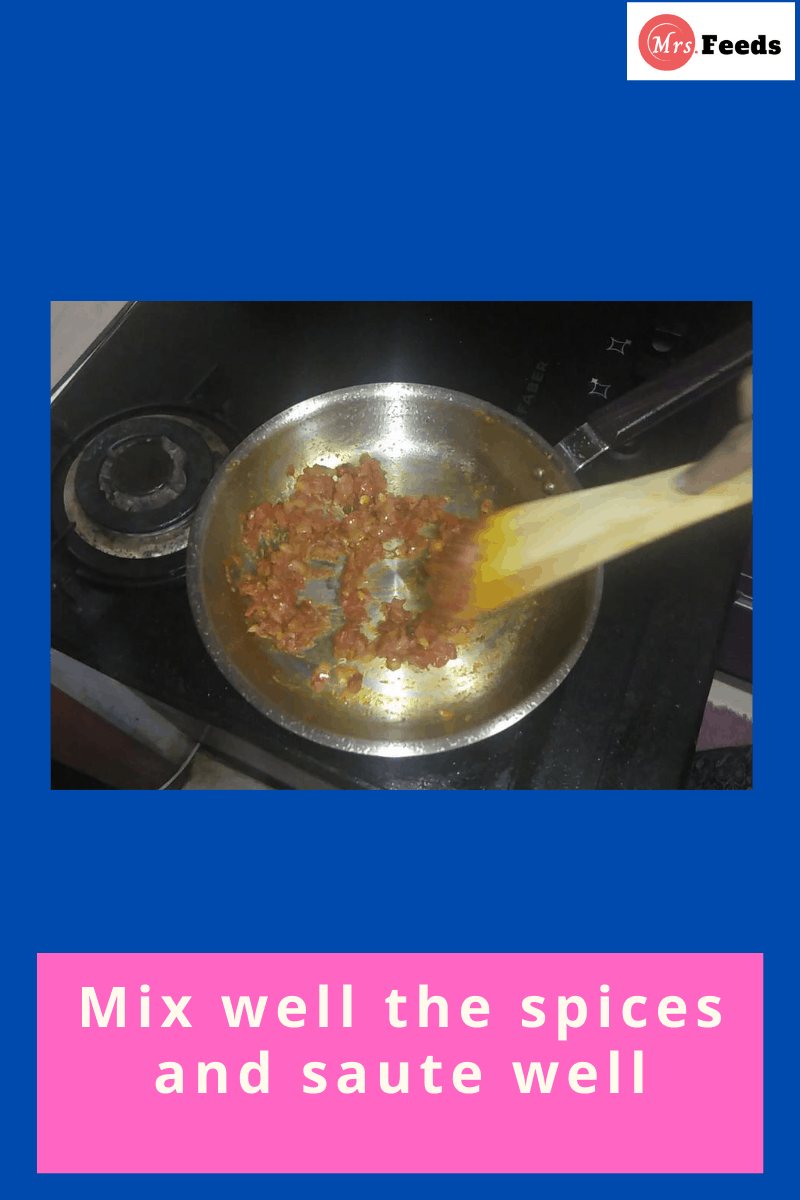 Take the paneer and cut them into small cubes. You can also grate them and crumble them. But make sure to have small pieces but not the big ones. This way it would be easier to stuff them in the idlis. 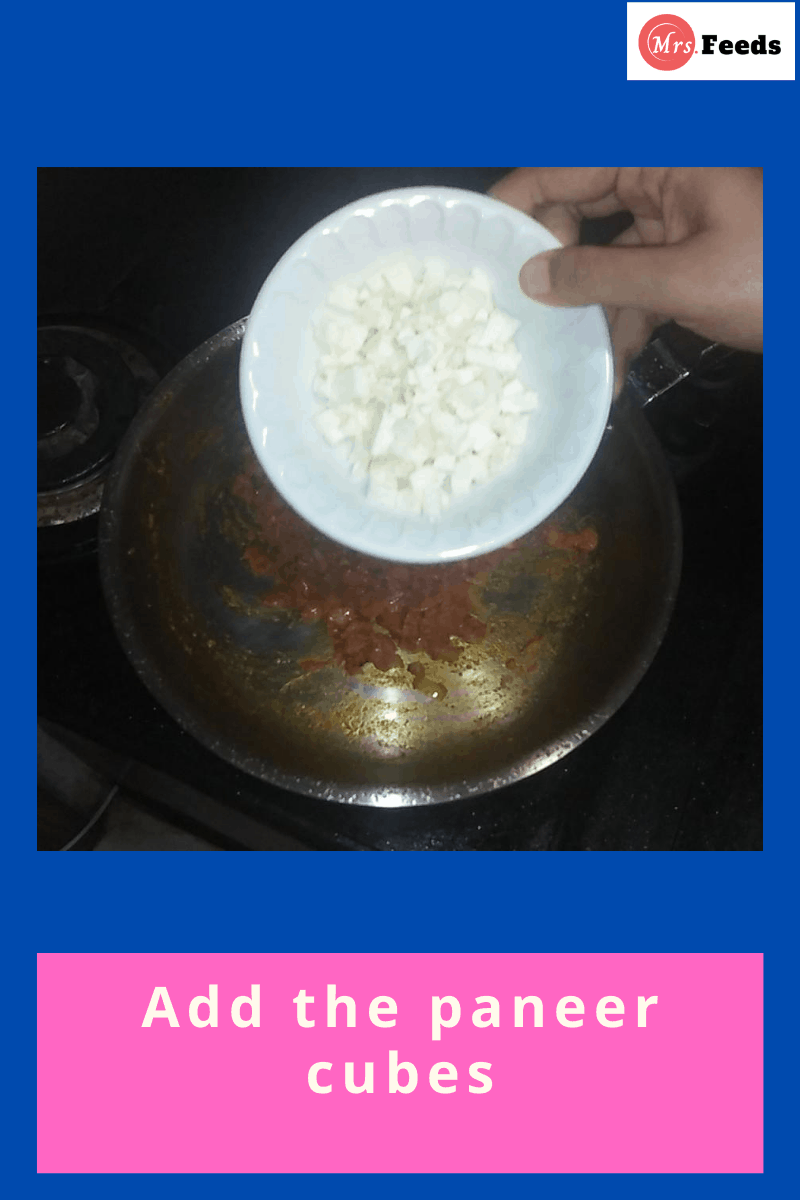 You must add one cup of paneer cubes to the frying pan. Mix them well with the masala so that the paneer is evenly coated with all the spices. Saute the masala well until cooked. 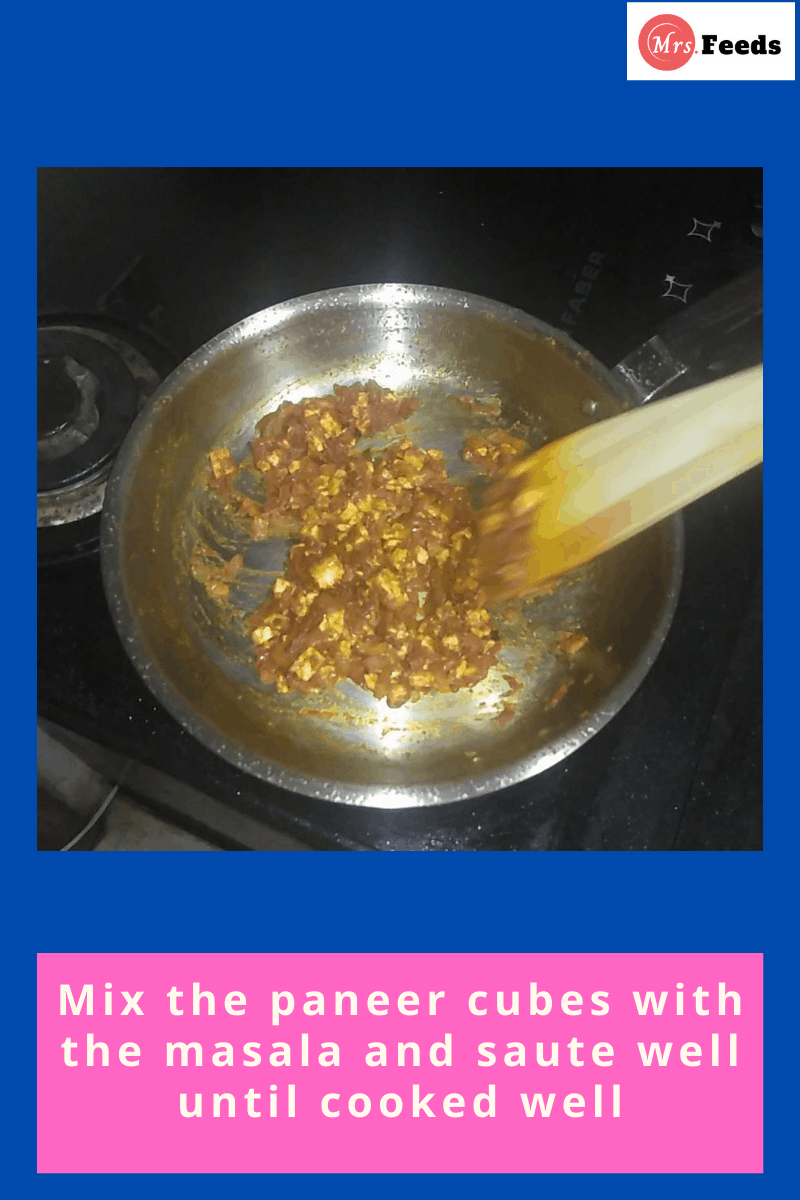 Add coriander leaves at the end and mix well

Finally add the chopped coriander leaves to the paneer masala and mix them well. Any indian savory dish is not complete without adding the coriander leaves. It imparts an aromatic flavor to the dish. 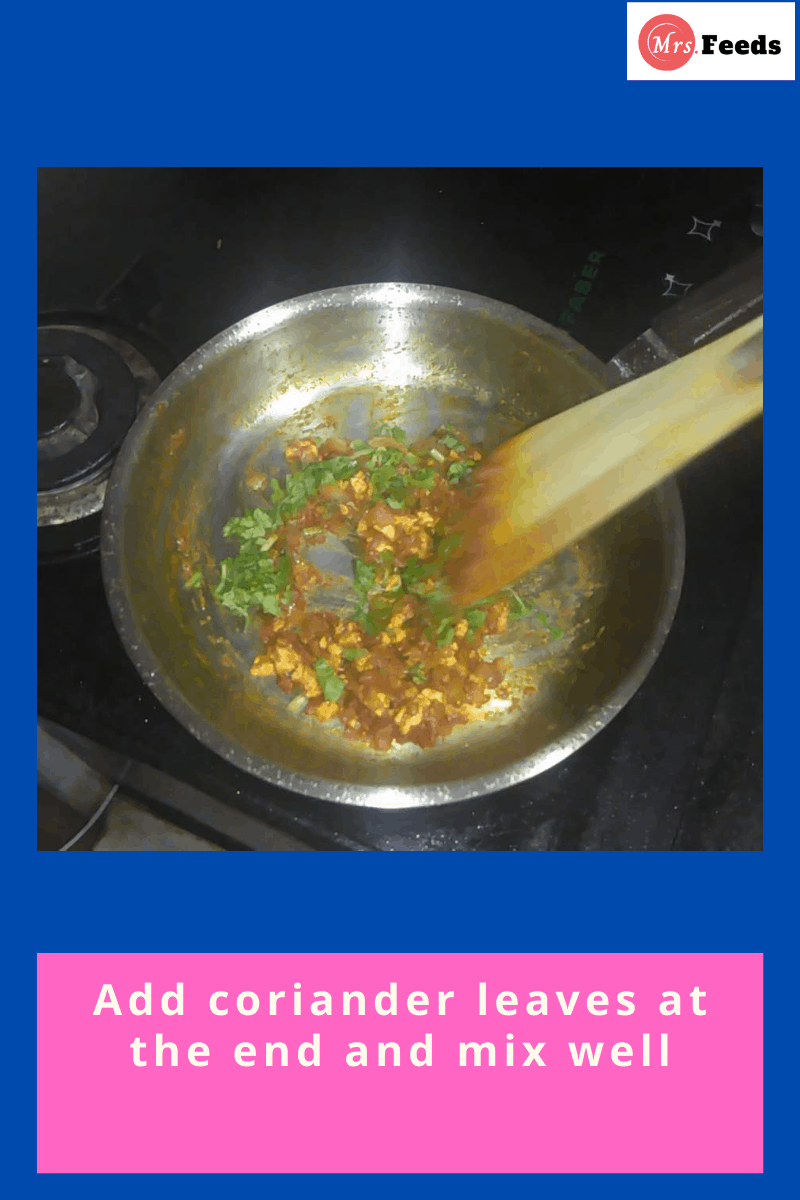 Take the rice idli batter to a bowl

You must now transfer the  batter into a bowl and keep it aside. You can also add to adjust the consistency of the batter while adding the water if the batter is thick. 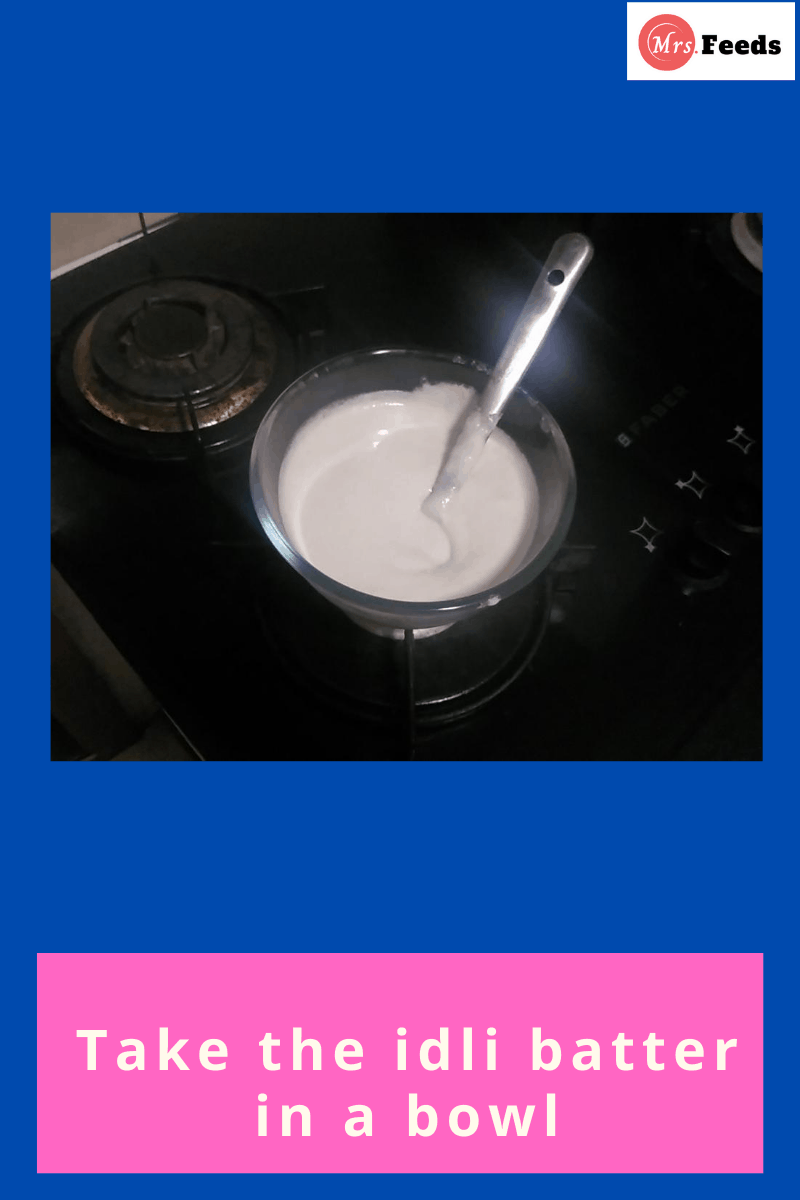 Place the idli cooker on the stove

Take the idli cooker and place on the stove. Turn on the stove and keep the flame in medium. Make sure you always maintain the medium flame 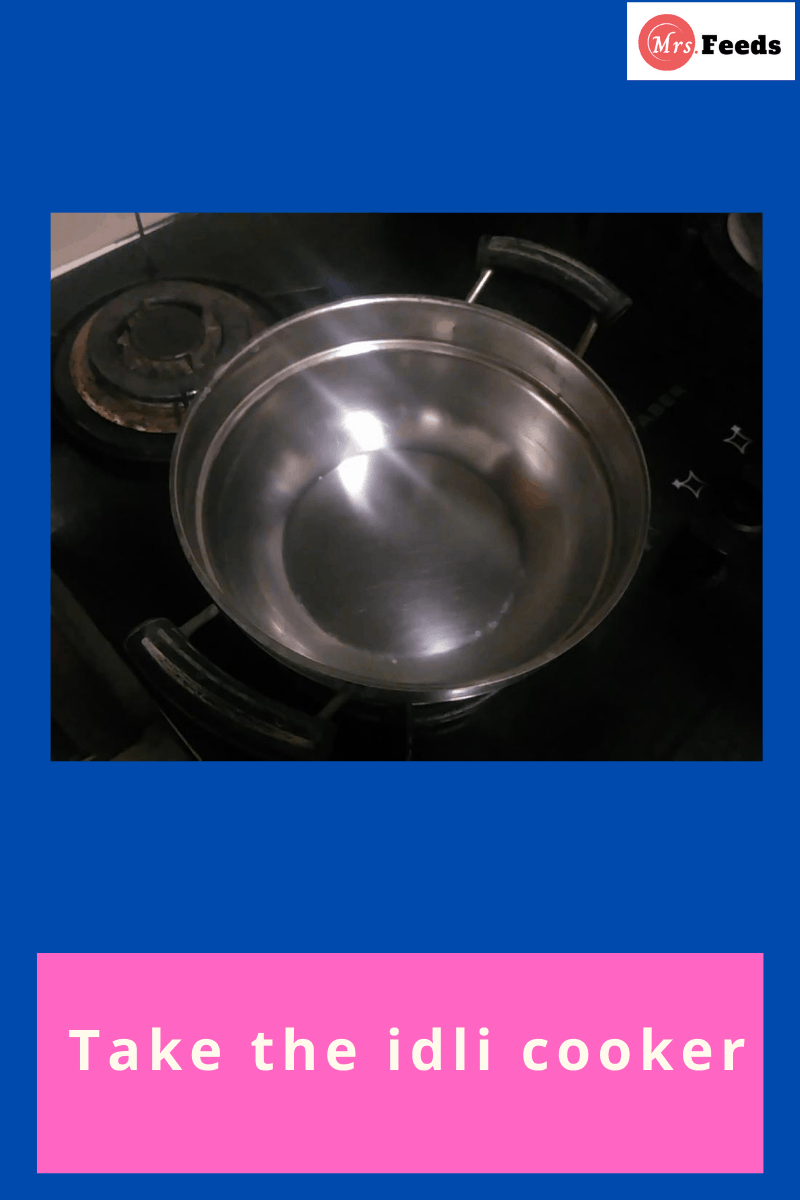 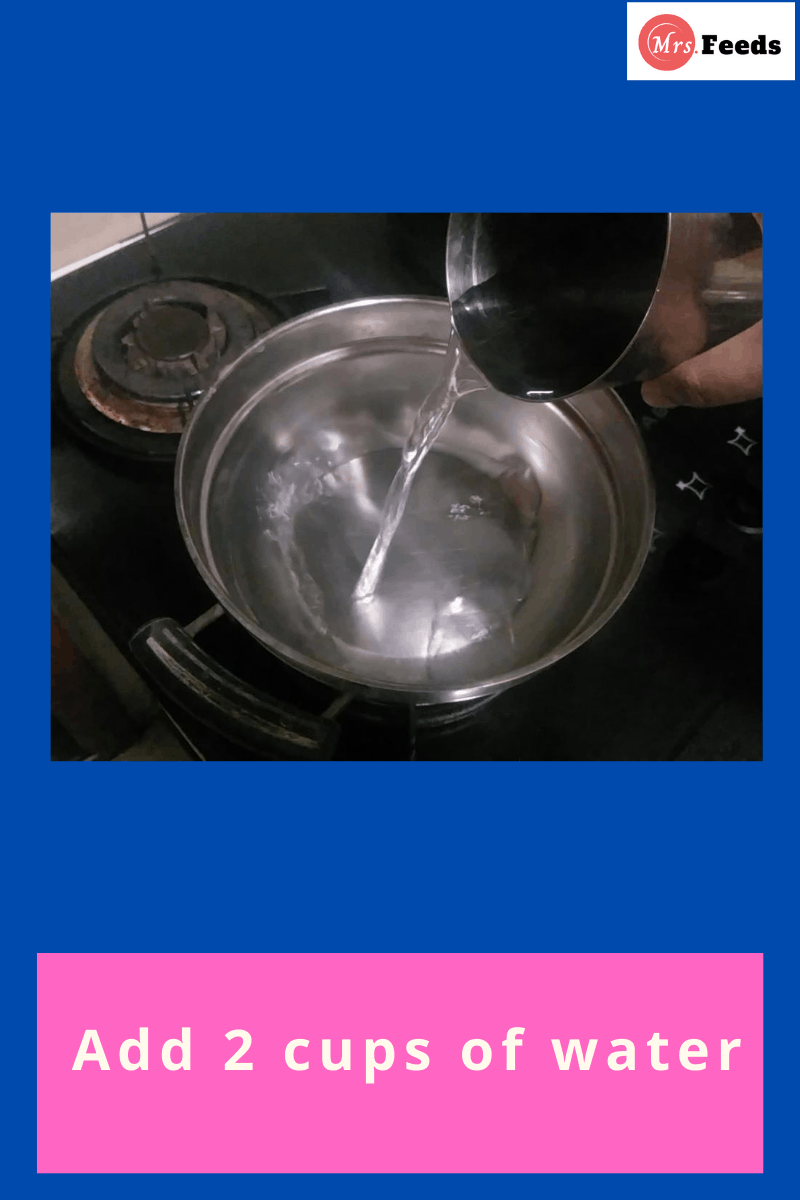 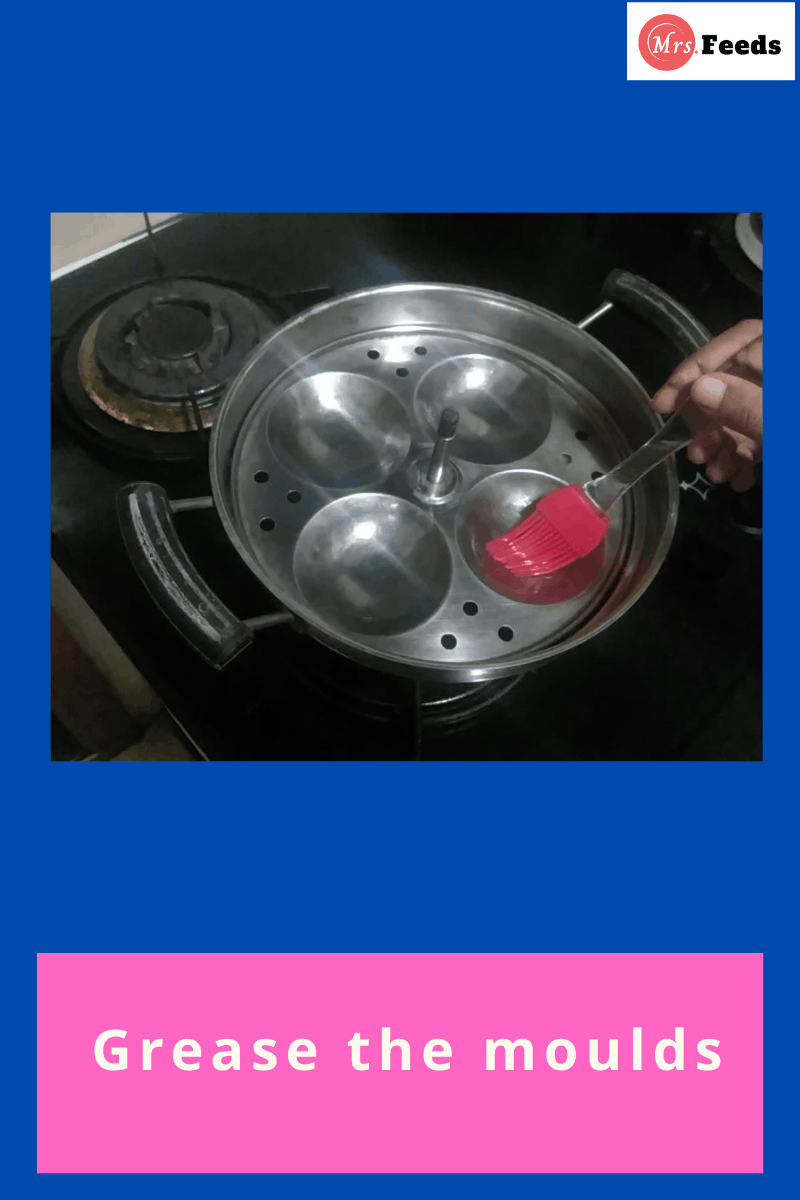 You must now fill the idli moulds with idli batter. You must ensure not to fill the mould full and fill it only half the mould. Reason being , another layer of batter you need to add over the paneer stuffing. 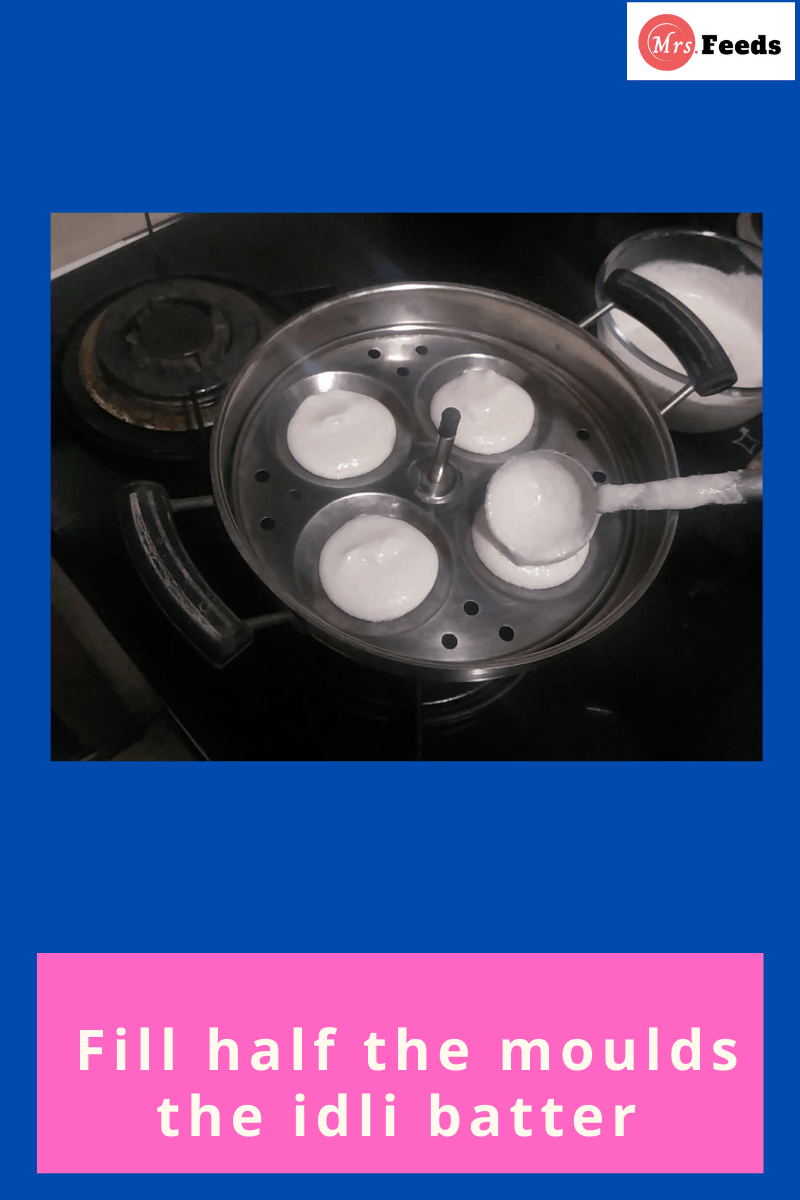 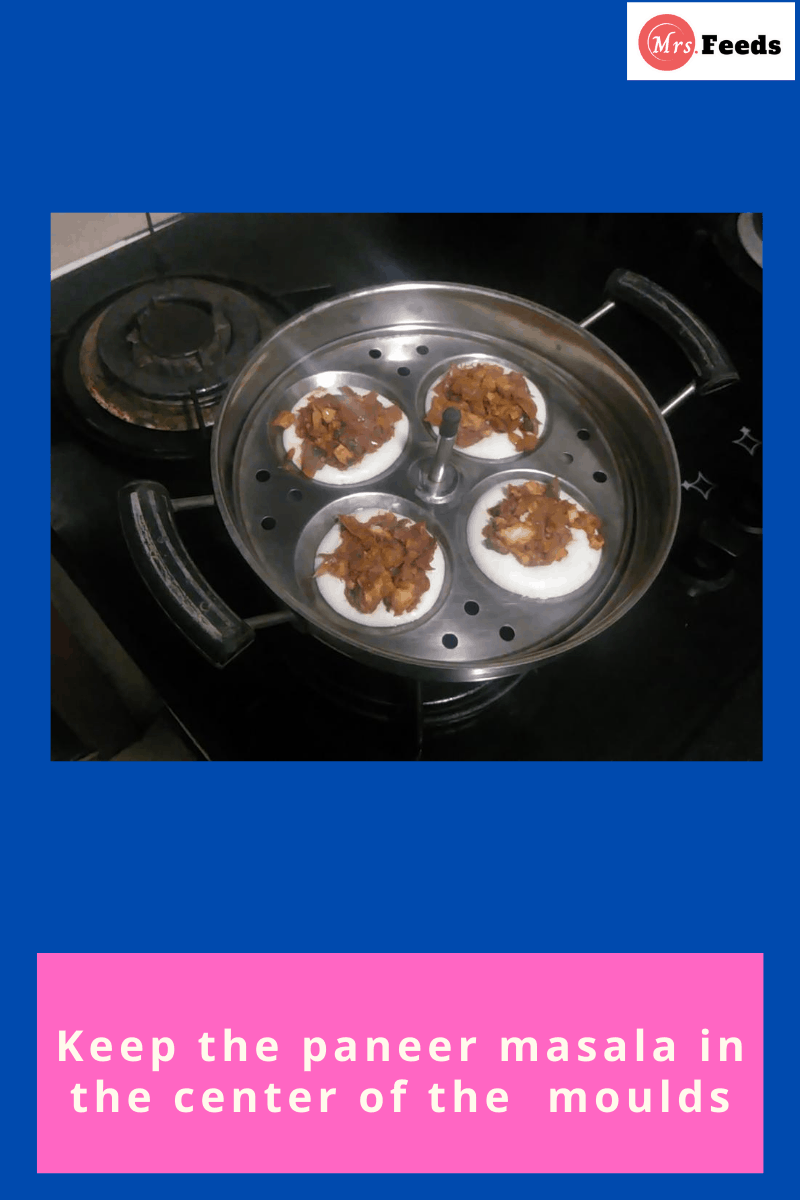 After you place the stuffing to the idli, spread another layer of idli batter over the stuffing. So that you cover the entire paneer masala stuffing with the idli batter. 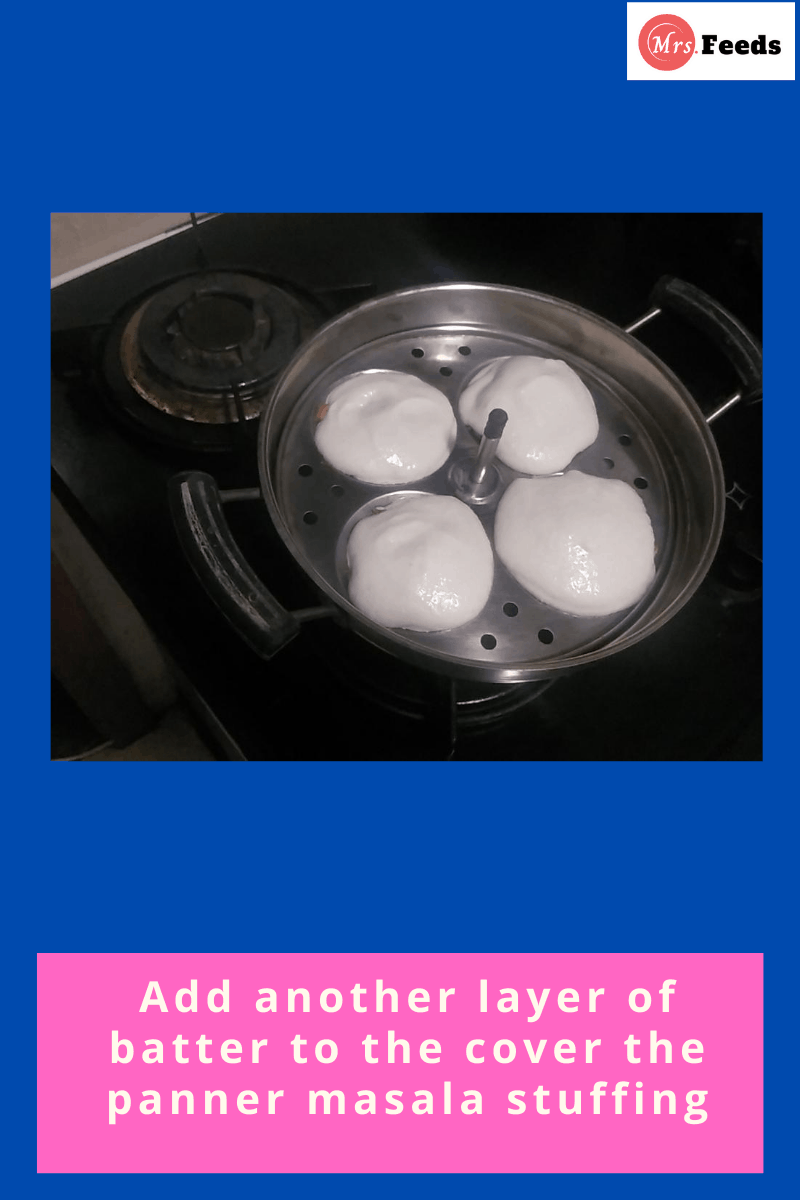 Let the paneer stuffed idli to cook for ten minutes on the stove in the medium heat. 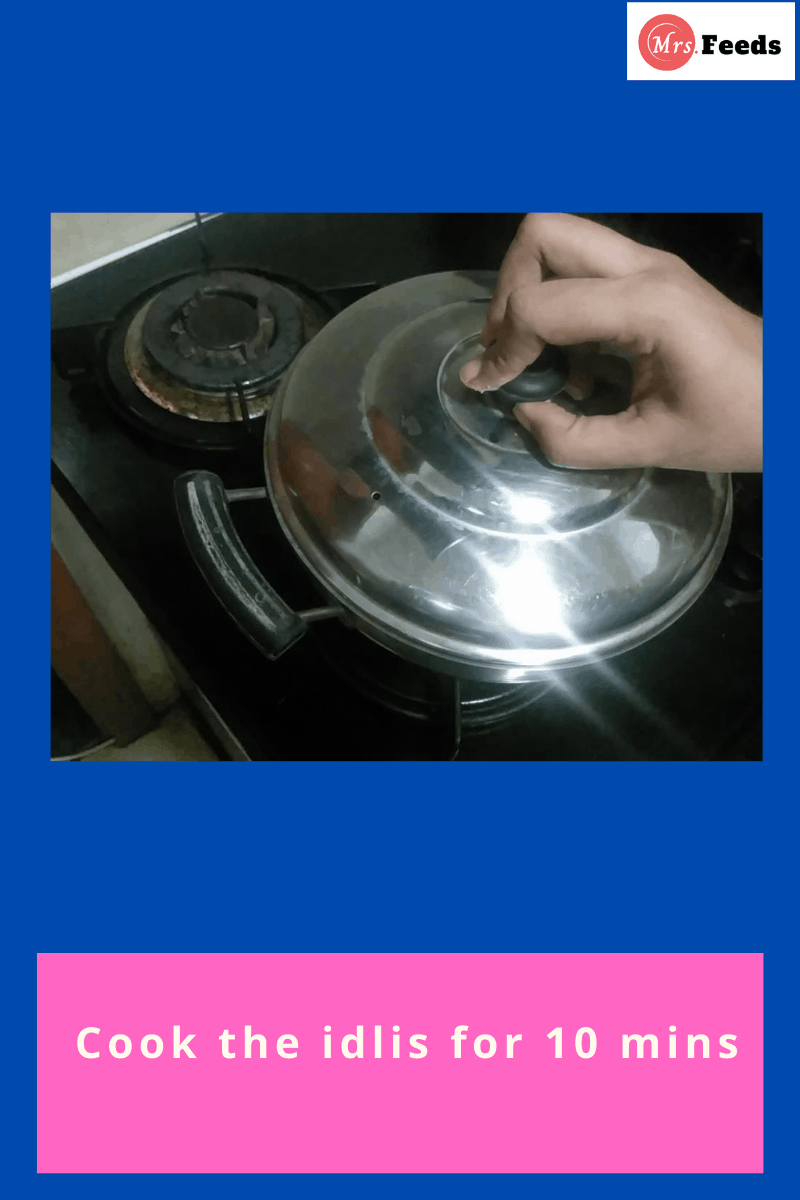 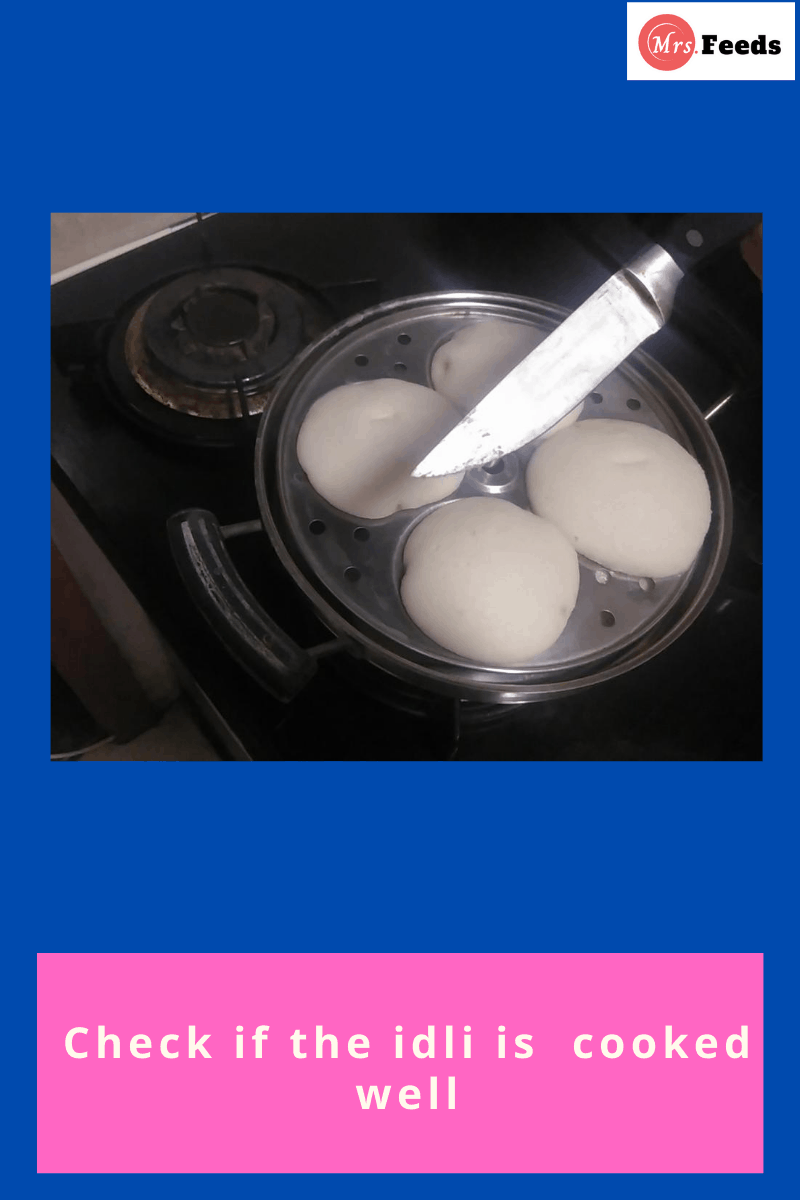 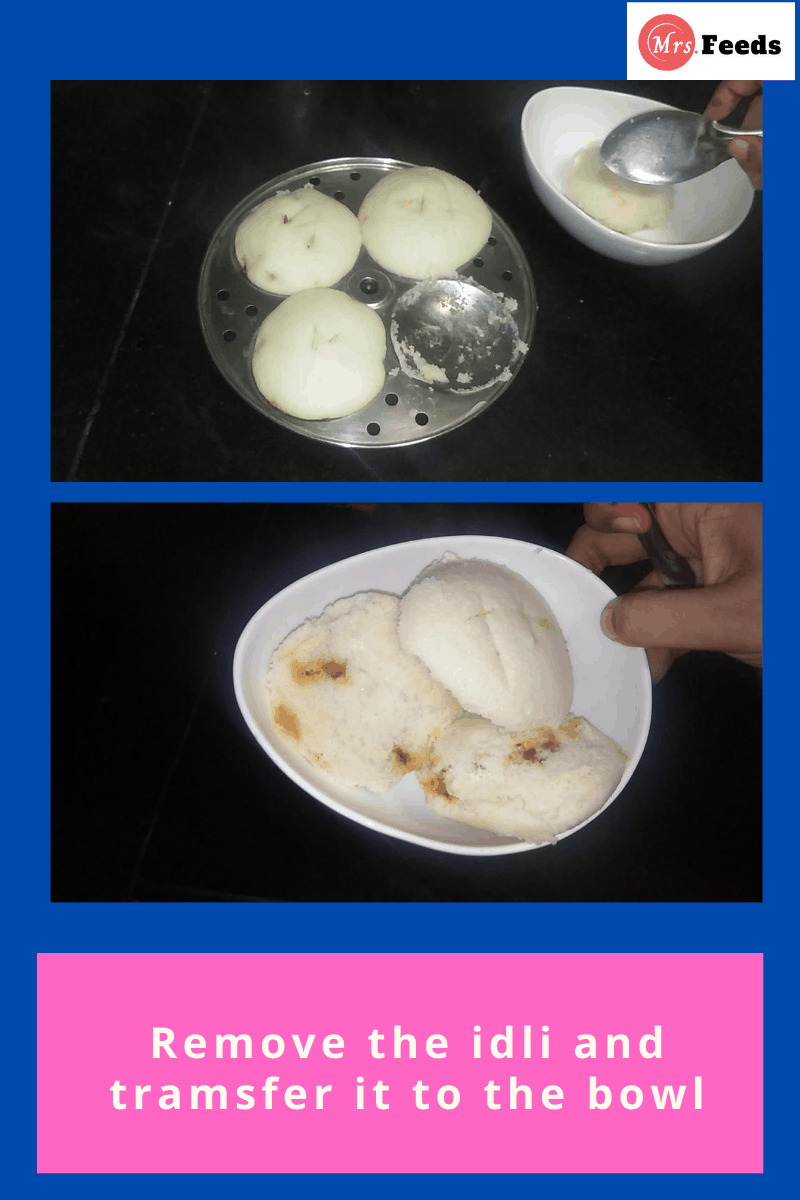 The scrumptious paneer stuffed idlis are ready to be served with hot kurma. Sambhar is one of the best accompaniment for idlis and you can also serve it with hot delicious sambar as well.  If you can also try egg stuffed idlis with egg masala if you want to break the monotony and give twists to the regular breakfast. 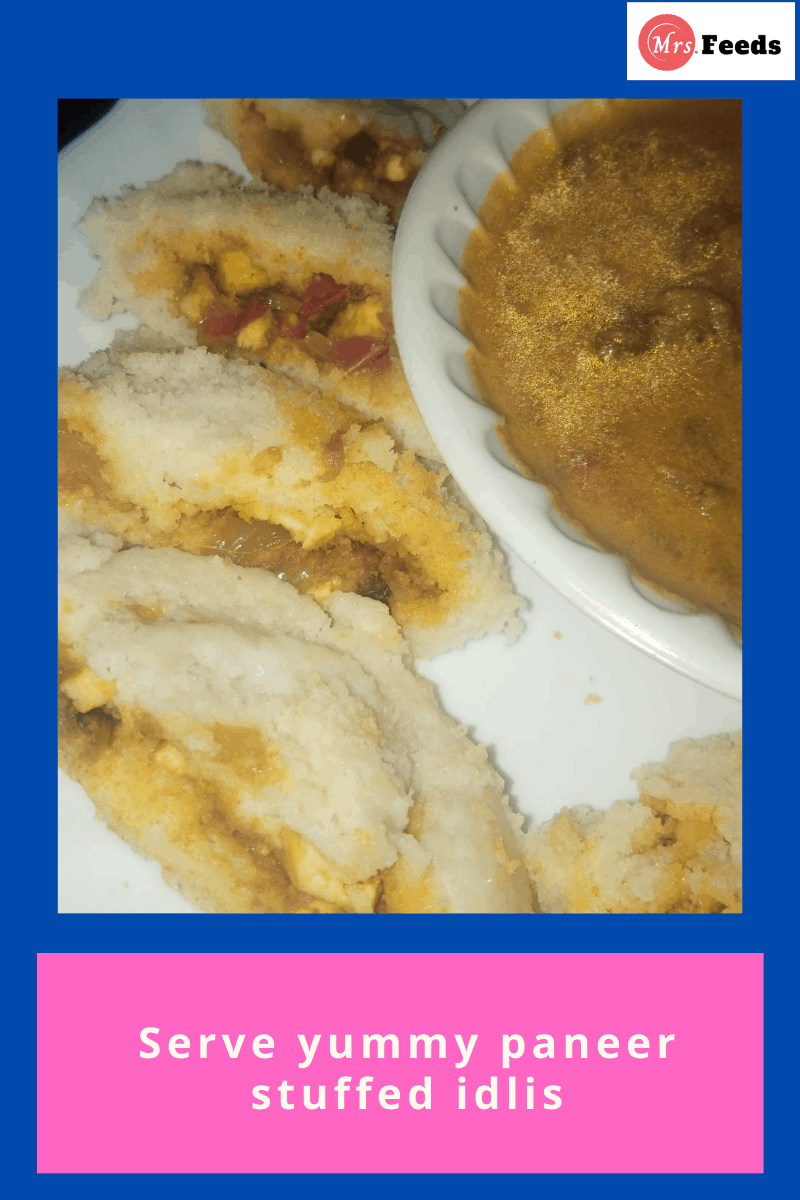 Now that you know how to make the recipe, you must also understand what are the tips to follow while cooking. This will ensure you have a lovely kitchen experience

1. Ginger and garlic to be sauted well.

You must note that ginger and garlic needs sometime to get cooked well and takes time for the raw smell to be gone. So please ensure to saute them for the required time

2. Easy way to peel the garlic.

Whenever you have to peel the skin of the garlic clove, microwave the cloves for 20 secs in the oven. Let it cool down. You can then try to peel off the skin, they would come off so easy.

Coriander leaves has lot of health benefits as it has lot of nutrients, good for digestion. It also imparts a distinct and refreshing flavor to any dish you cook.

Turmeric is such an important ingredient in boosting the immunity and thats the reason why indian dishes are not complete without turmeric.

5. Fill half the mould with idli batter before placing the masala

You must now fill the idli moulds with idli batter. You must ensure not to fill the mould full and fill it only half the mould. Reason being , another layer of batter you need to add over the paneer stuffing. After steaming, the idlis will rise, so, make sure you leave a little space for them to rise

6. Keep the stuffing as center as possible

7. Paneer to be used in right size

You can also grate them and crumble them. But make sure to have small pieces but not the big ones. This way it would be easier to stuff them in the idlis.

8. Make use of healthy fats

Instead of using some random vegetable oil, you can use the coconut oil, ground nut oil or even unsalted butter. These are healthier options to use

Please feel free to share your cooking experience of this delicious paneer stuffed idli recipe in the section below. I would love to hear how much you enjoyed learning this recipe and answer any questions you may have.