Red Poha idli recipe is a sweet recipe unlike a regular savory idli recipe. Being a South indian, idli is one integral part of our  breakfast. So I would like to give as many twists and tweaks to idli recipe to break the monotony of the food we regularly eat. I  had discovered that red poha idli turned to be finger licking good idli for my beloved son.

In my current blog, I would like to share with you one of the truly unique recipes of steamed rice cakes. I have made sure to add all the healthy ingredients to the idli to make it more kids friendly. Since its a sweet idli, everyone in your family would love to eat

I am sure everyone in the family would love to have this recipe from kids to elders. You can also serve Red poha idli as the snacks and breakfast as well. It is a very good option to pack for kids snack box. 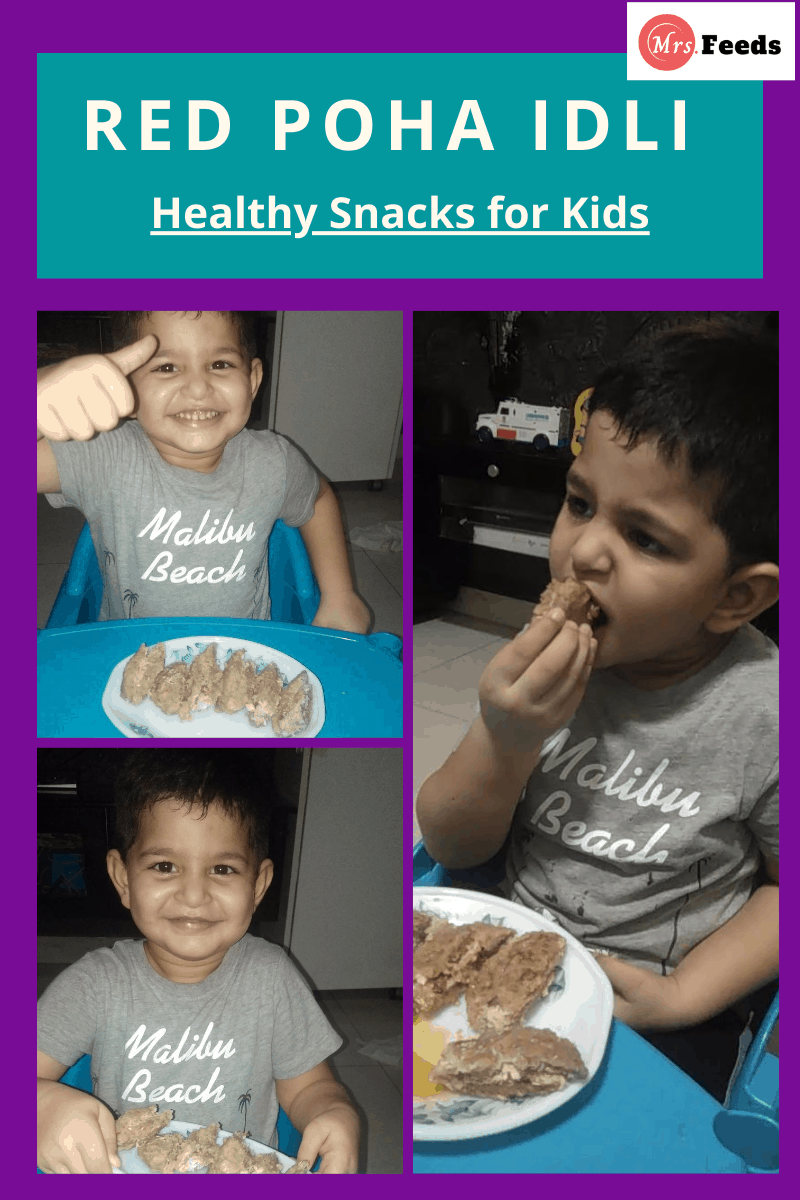 How do I make Red Poha idli Recipe

The coconut stuffing that is used for the red poha idli makes it a mouthwatering dish. While I have used the dry coconut powder, You may use grated fresh coconut.You can give any variations to the stuffing to make it more delicious.  Let us now get started with pretty simple procedure of making red poha sweet idli

You need very few utensils unlike any other idli recipe. Time taken is also very less. I am sure you will be surprised to see the delicious idli getting cooked soon It takes hardly fifteen mins including the preparation time. Interesting isn’t it ?.

Very few ingredients are required to make the Red poha idli recipe. If you have the idli batter ready , adding the red poha with few ingredients does all the wonders.You must keep all the ingredients ready to have effortless cooking even for the easiest recipes. 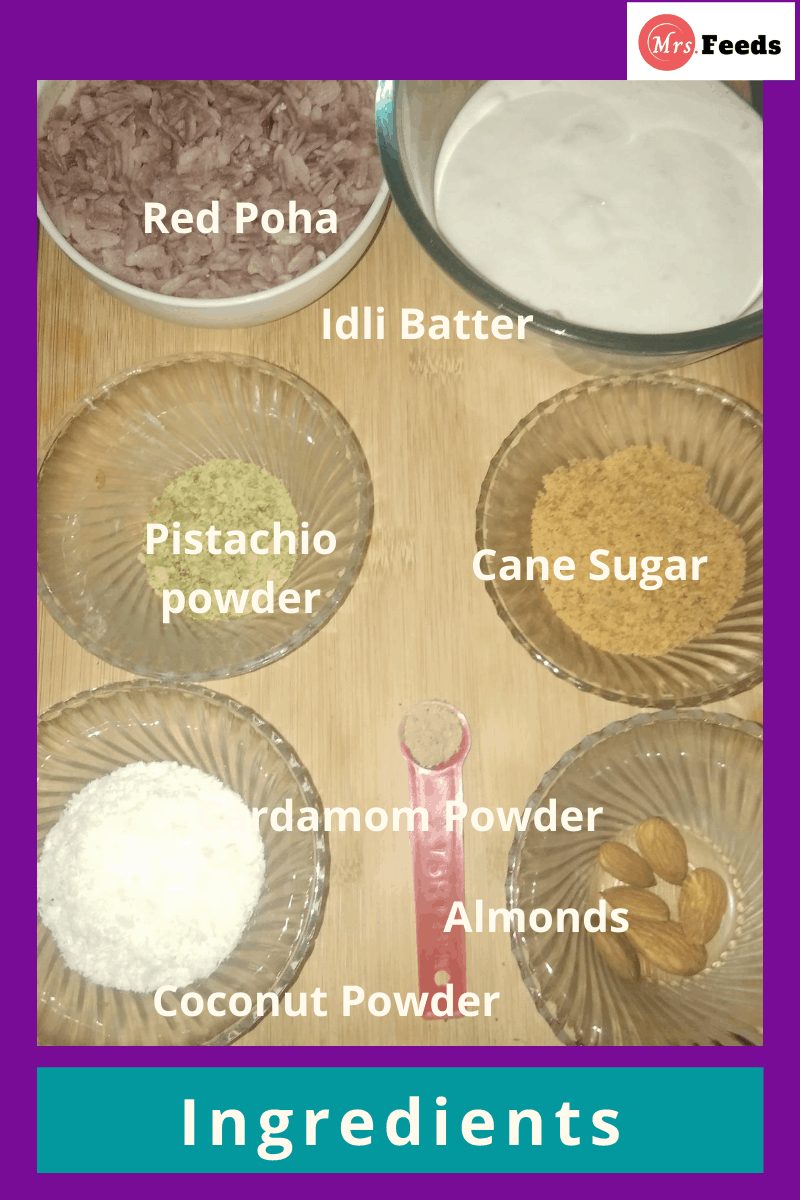 Now you must be aware of the utensils you need. preparation time and also the ingredients of the red poha sweet idli. Keep the idli batter ready. Once you mix the required ingredients to the batter and prepare the stuffing. It takes hardly ten minuted to cook the idli. Let us now start with the step by step procedure for the easy understanding of the recipe.

Take a cup of Red Poha 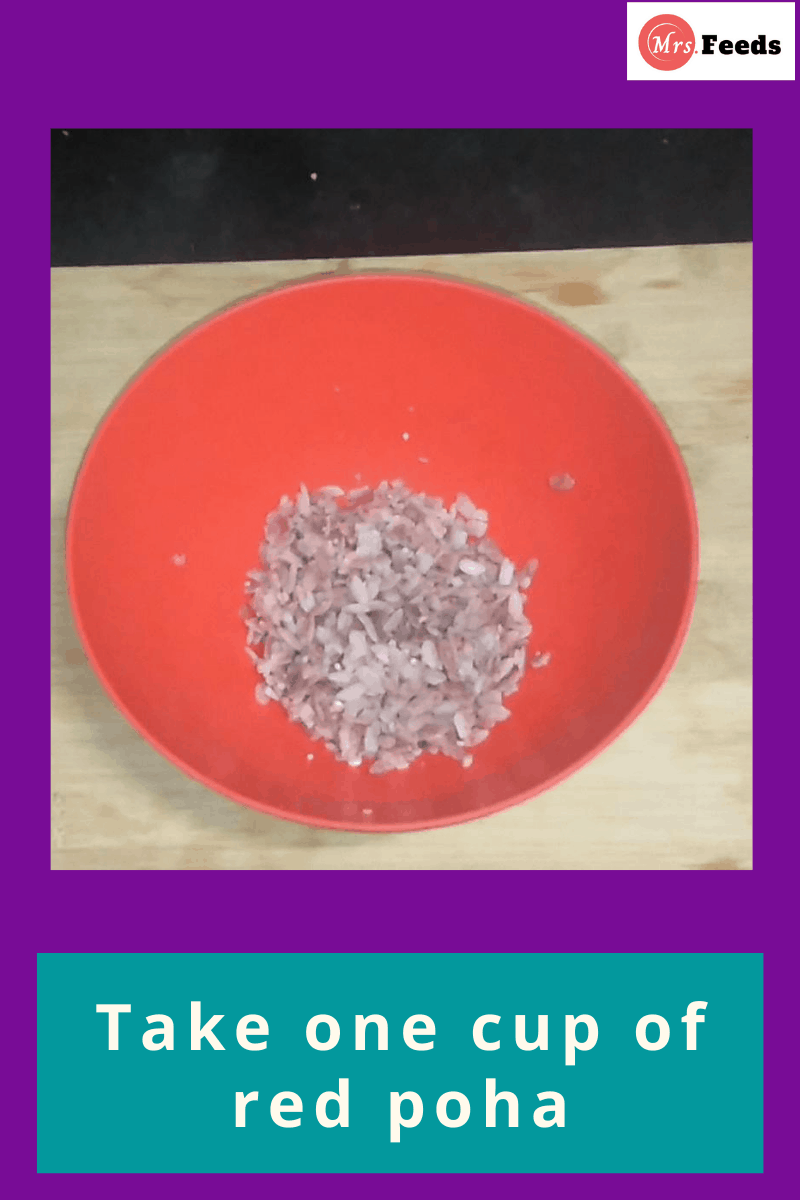 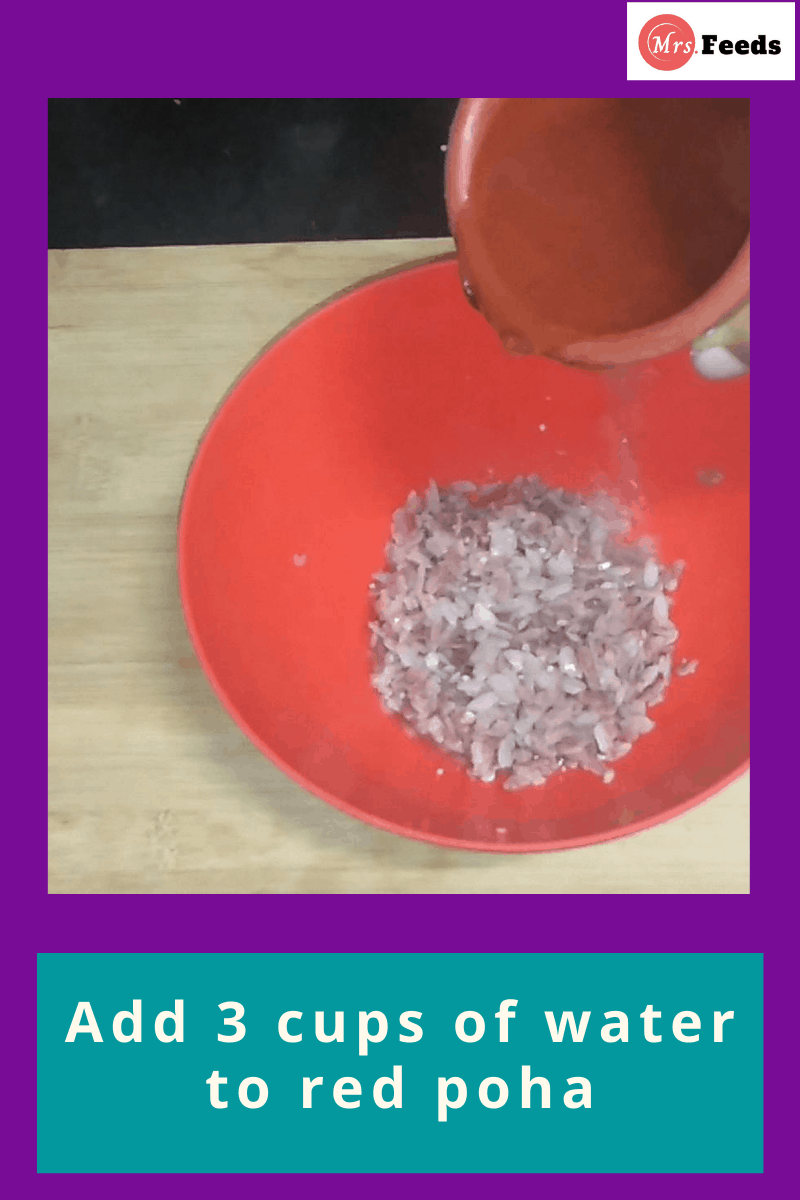 After 30 mins red poha swells up

You must soak red poha for atleast 30 minutes. After 30 mins you can notice that the red poha has swelled up 2 or 3 times.

Squeeze the excess water and add it to the mixer

You should now squeeze out the water in the red poha with hands. Add the squeezed out swelled up red poha to the mixer. 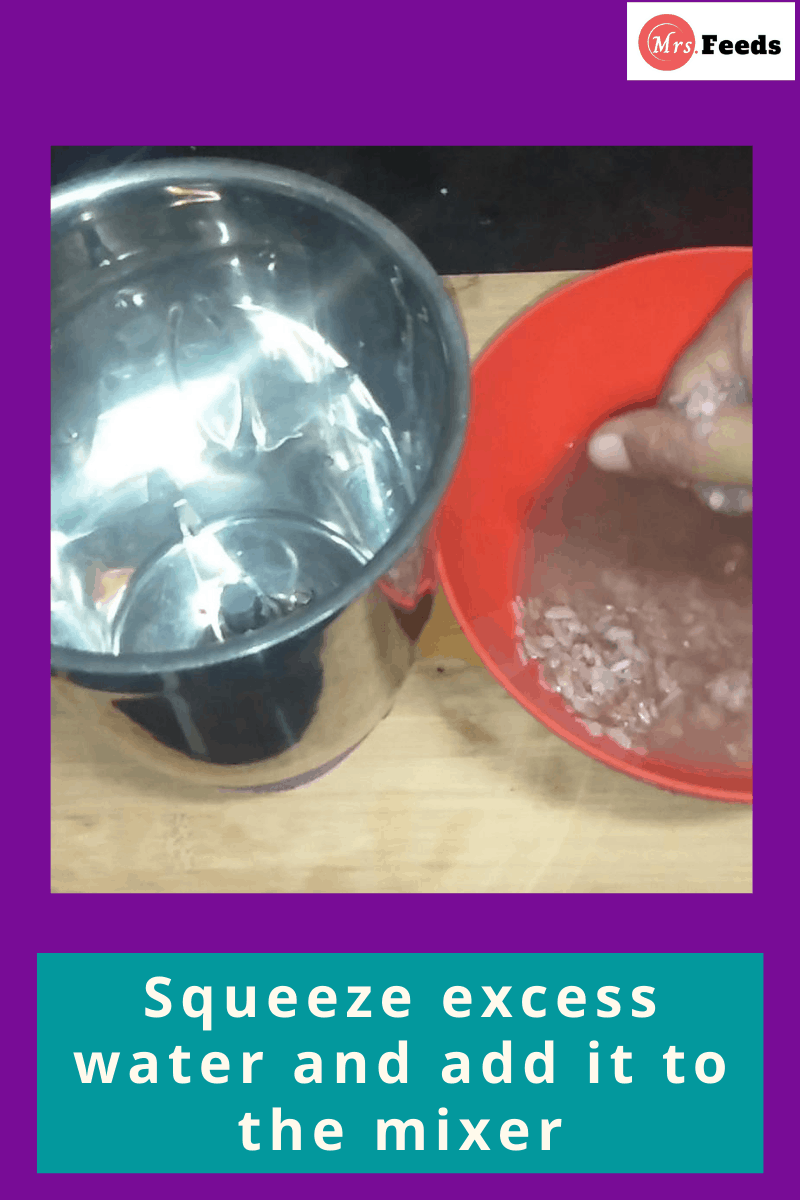 Grind it to a coarse powder

While you can also add squeezed red poha as it is idli batter. But it is important to grind it to the coarse powder and add it. This way you can avoid having the red poha chunks and the red poha gets nicely blended to the idli batter. 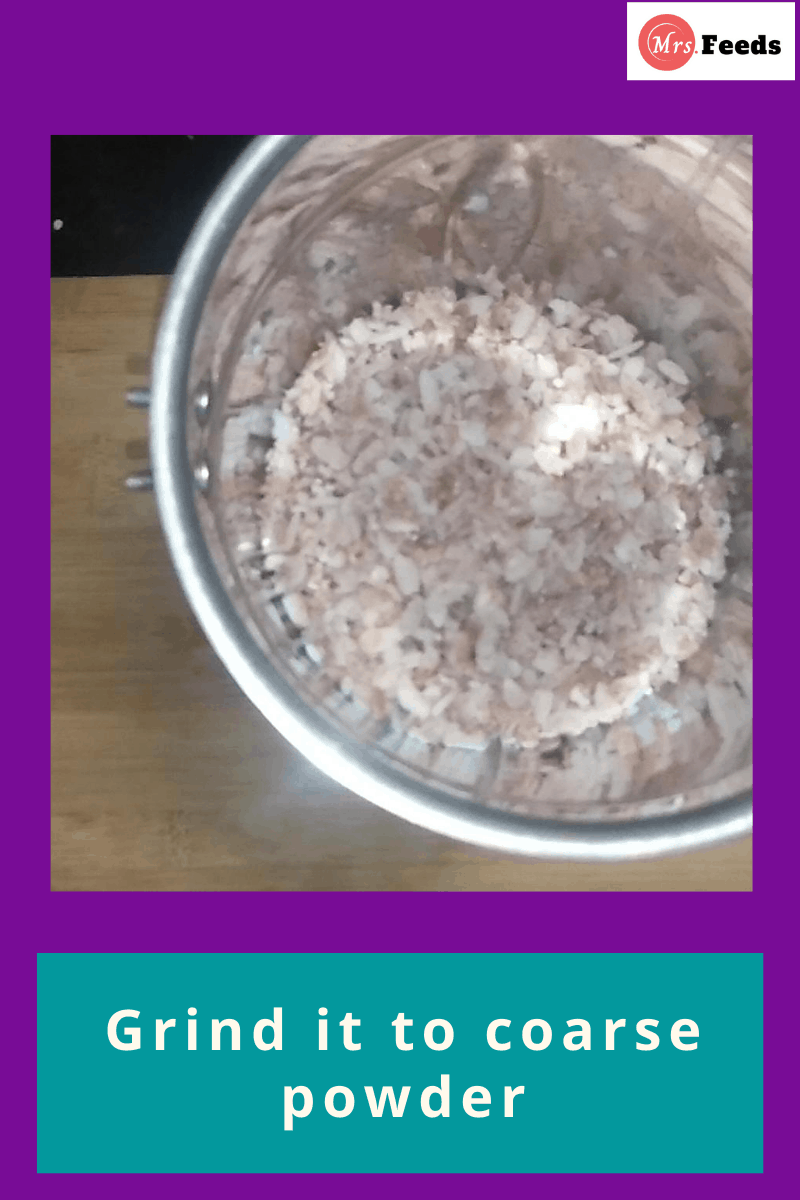 Take a bowl and add two cups of idli batter. Then add 1/2 cup of came sugar to add sweetness to the idli. You can also use white sugar or jaggery powder or palm sugar or brown sugar.

You can try to use the healthy sugars as much as possible and it can also be served as snacks for kids. Then add 1/2 teaspoon of cardamom powder. Cardamom powder impacts a beautiful aroma and enhances the taste for any dish 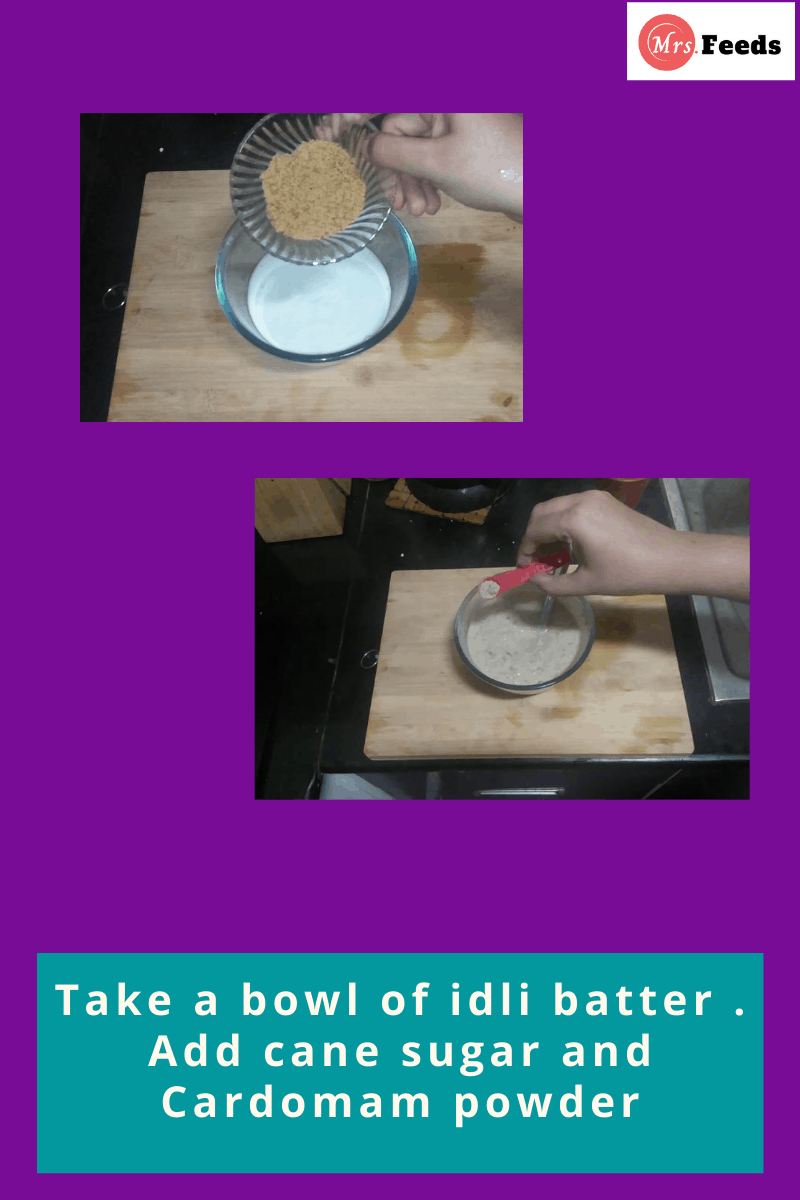 Adjust the consistency of batter with water 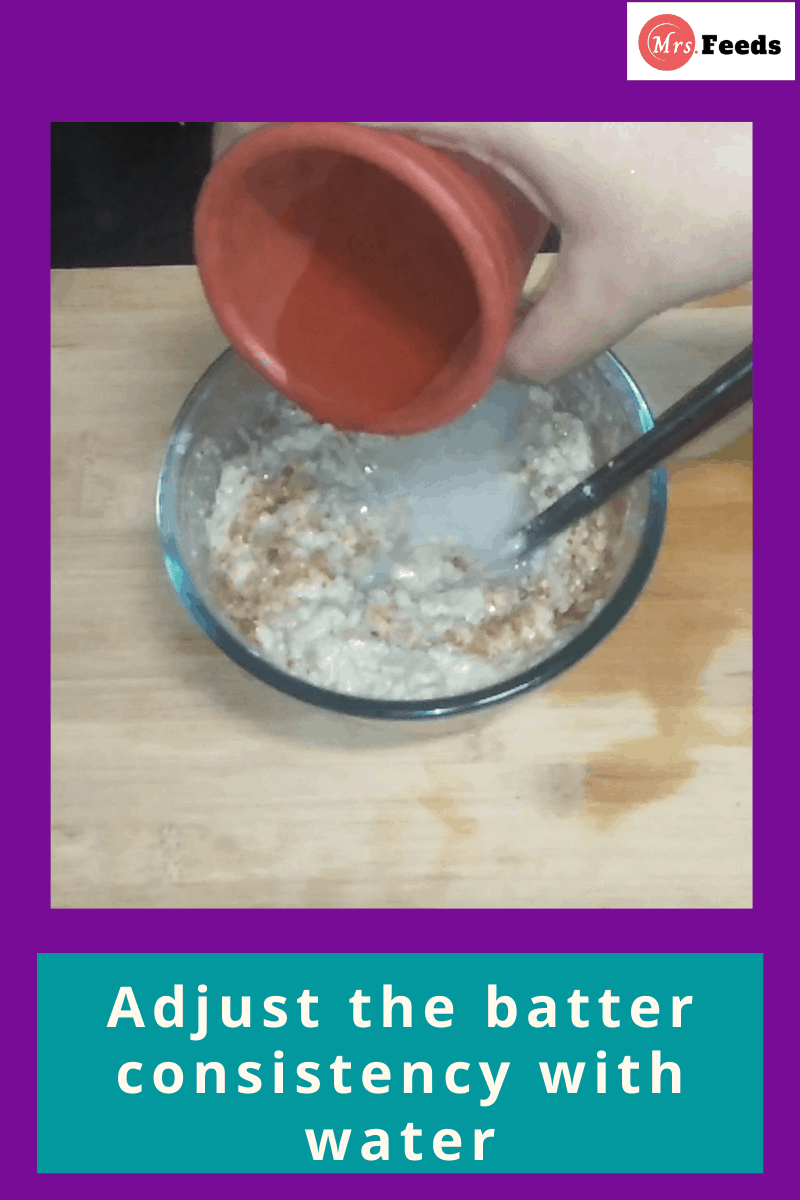 Take the idli cooker and place on the stove 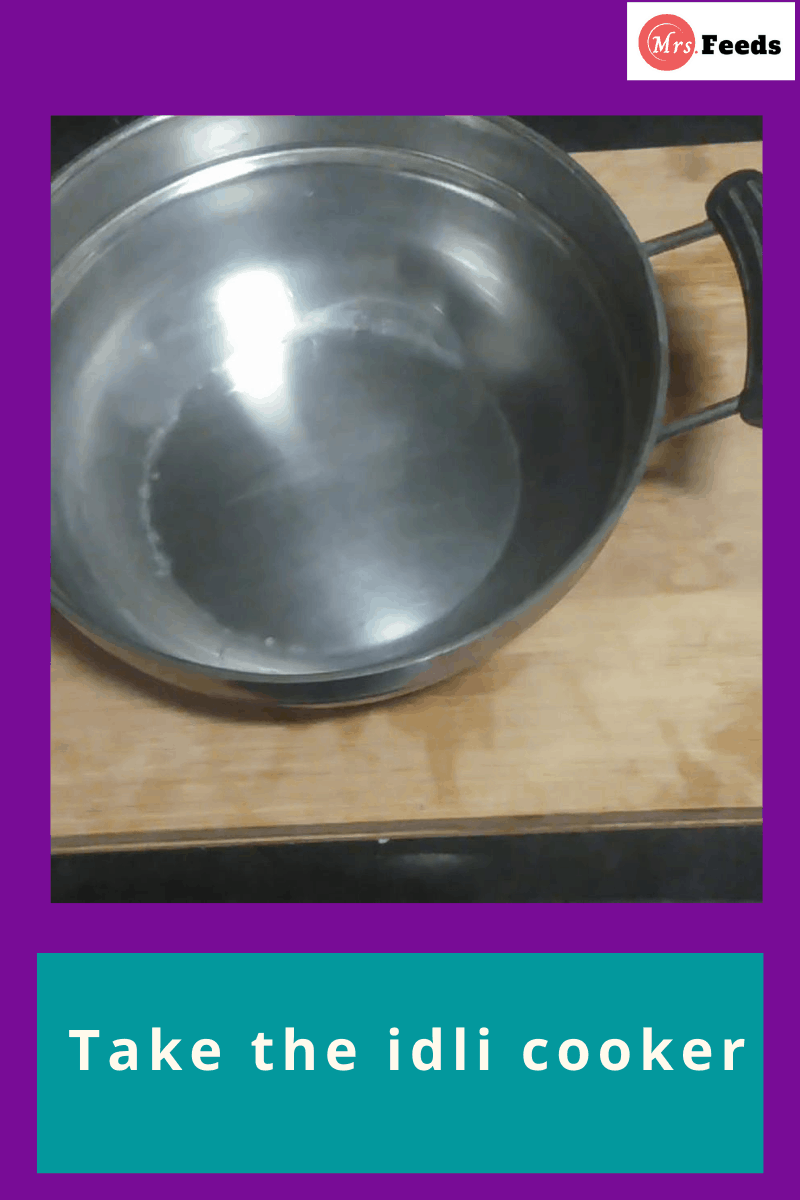 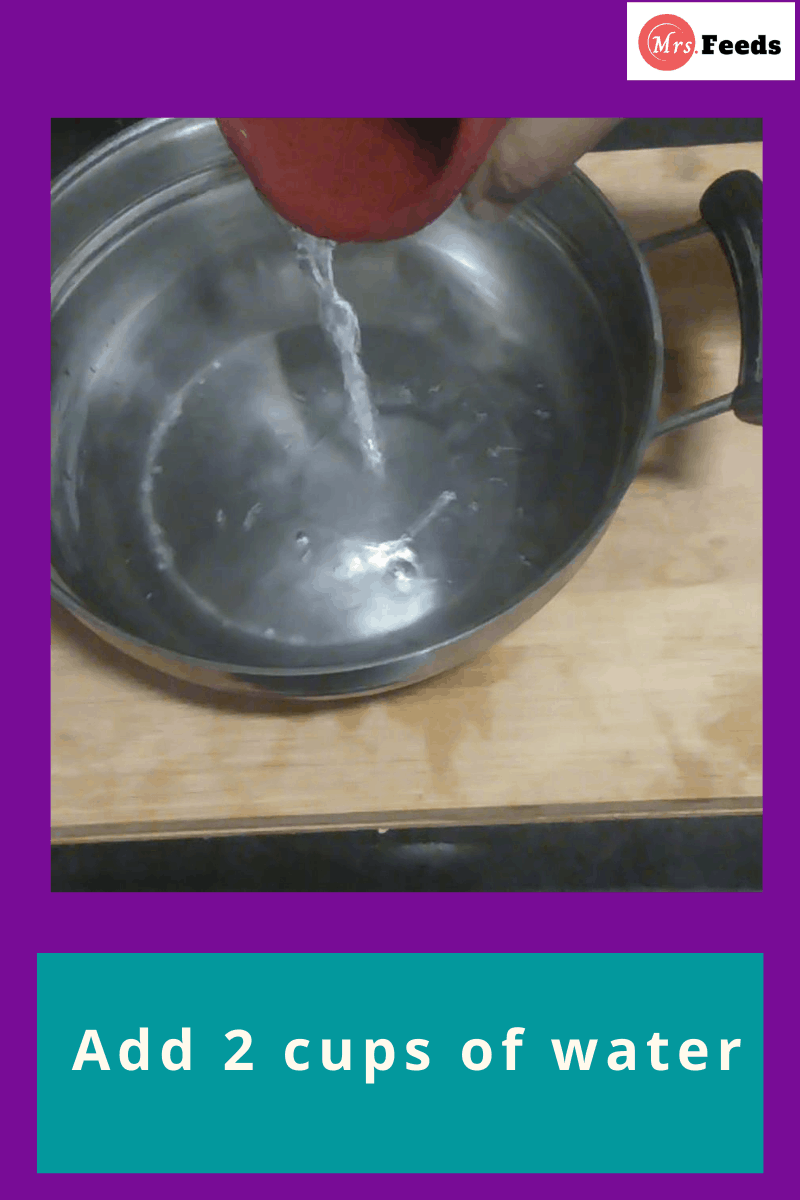 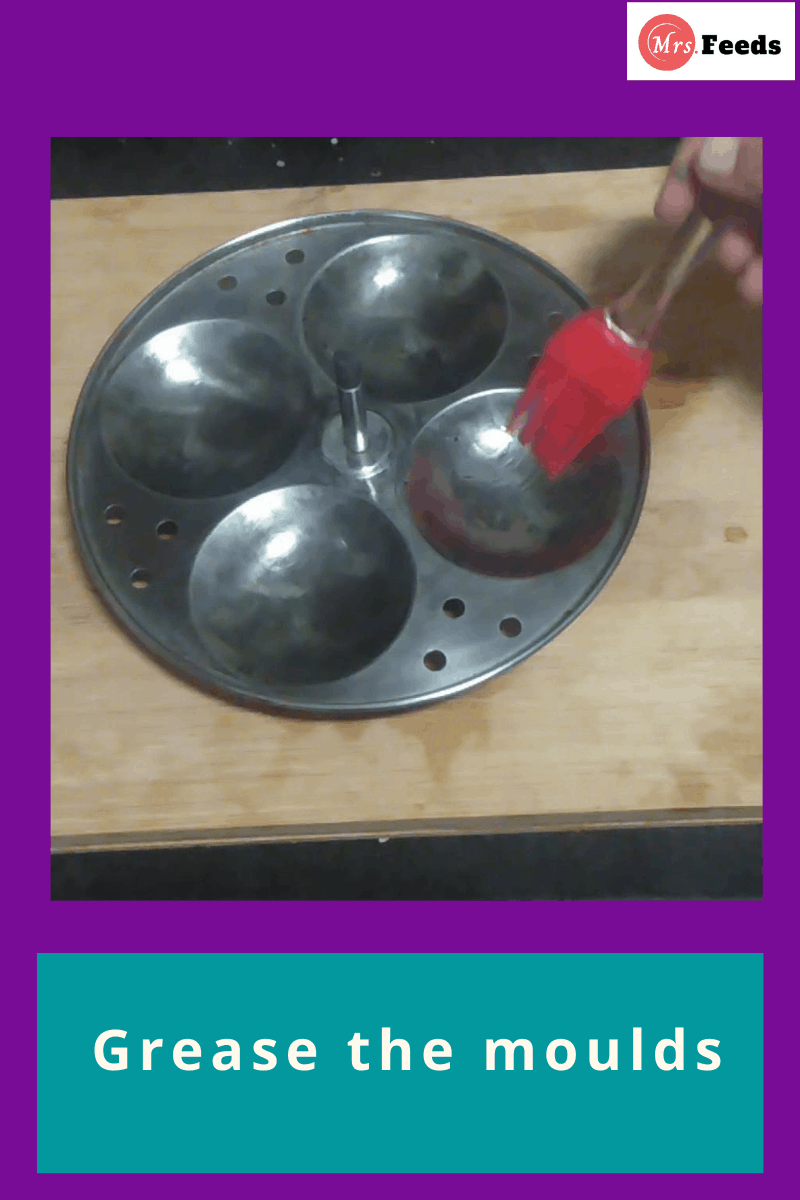 You must now fill the idli moulds with idli batter. You must ensure not to fill the mould full and fill it only half the mould. Reason being , another layer of batter you need to add over the coconut stuffing

Place the coconut stuffing in the middle of the idli moulds 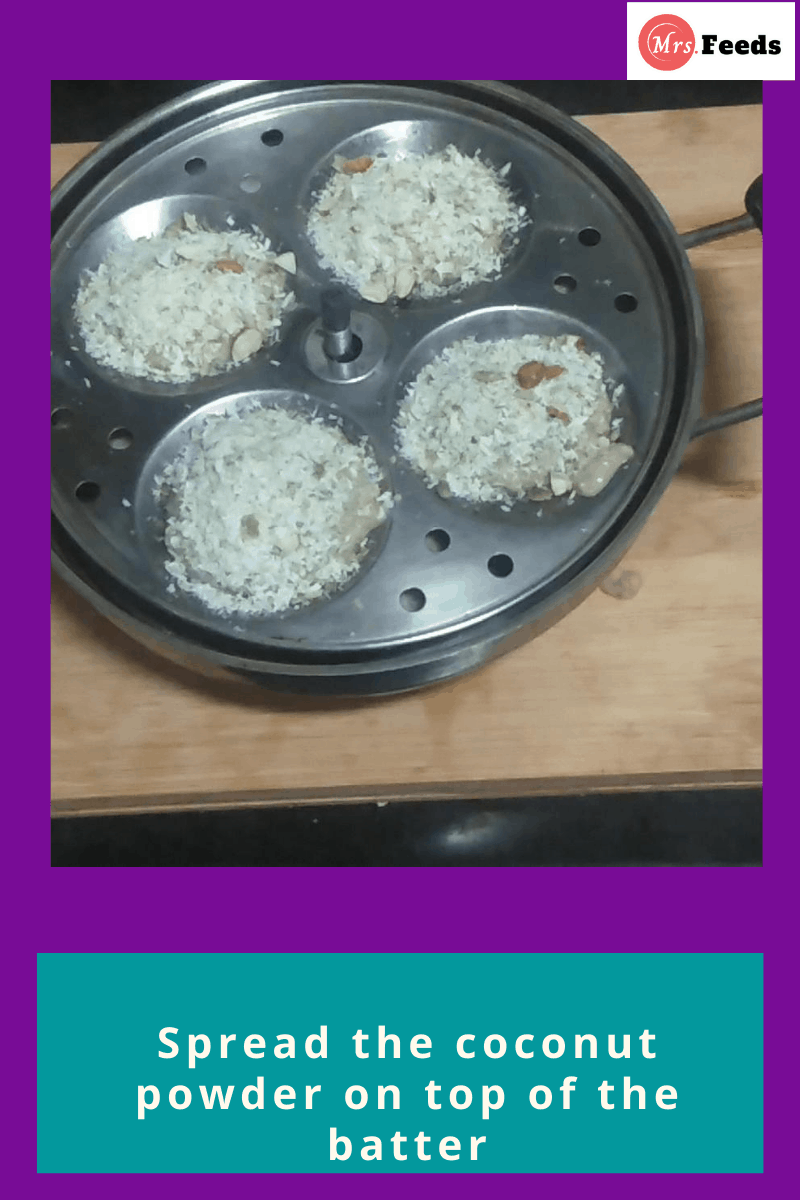 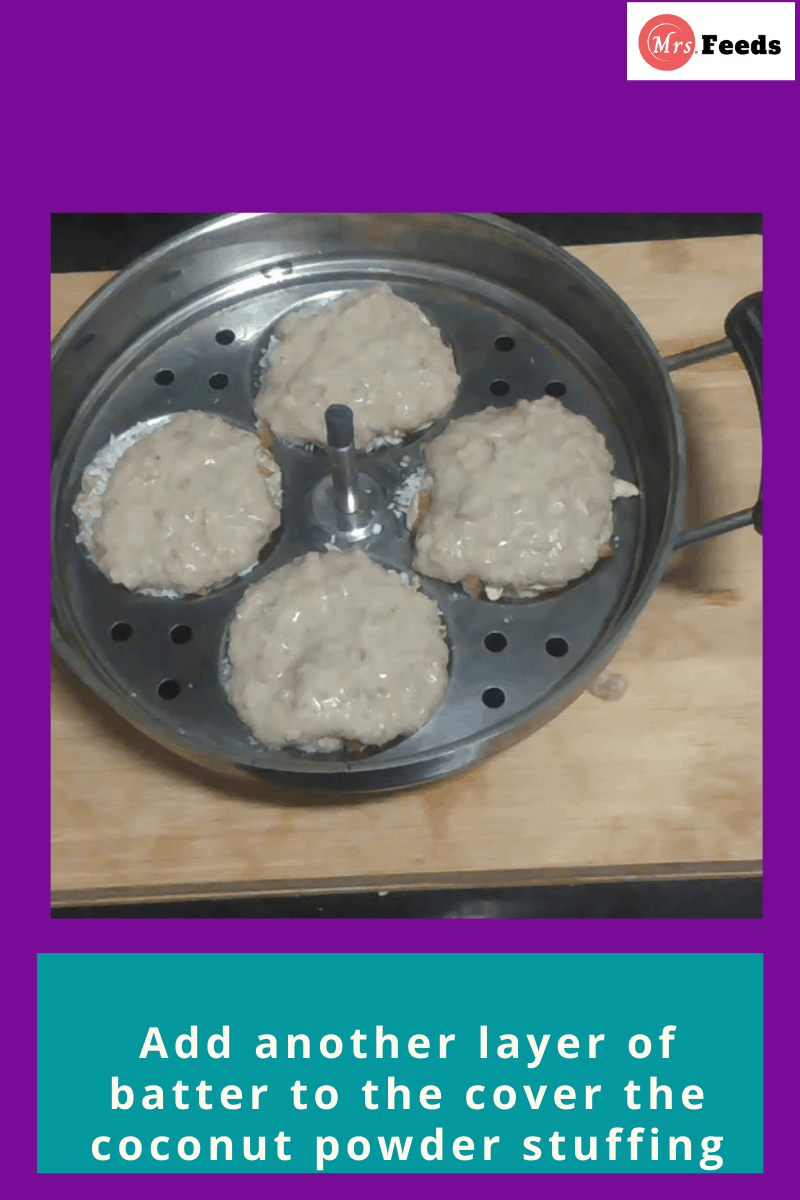 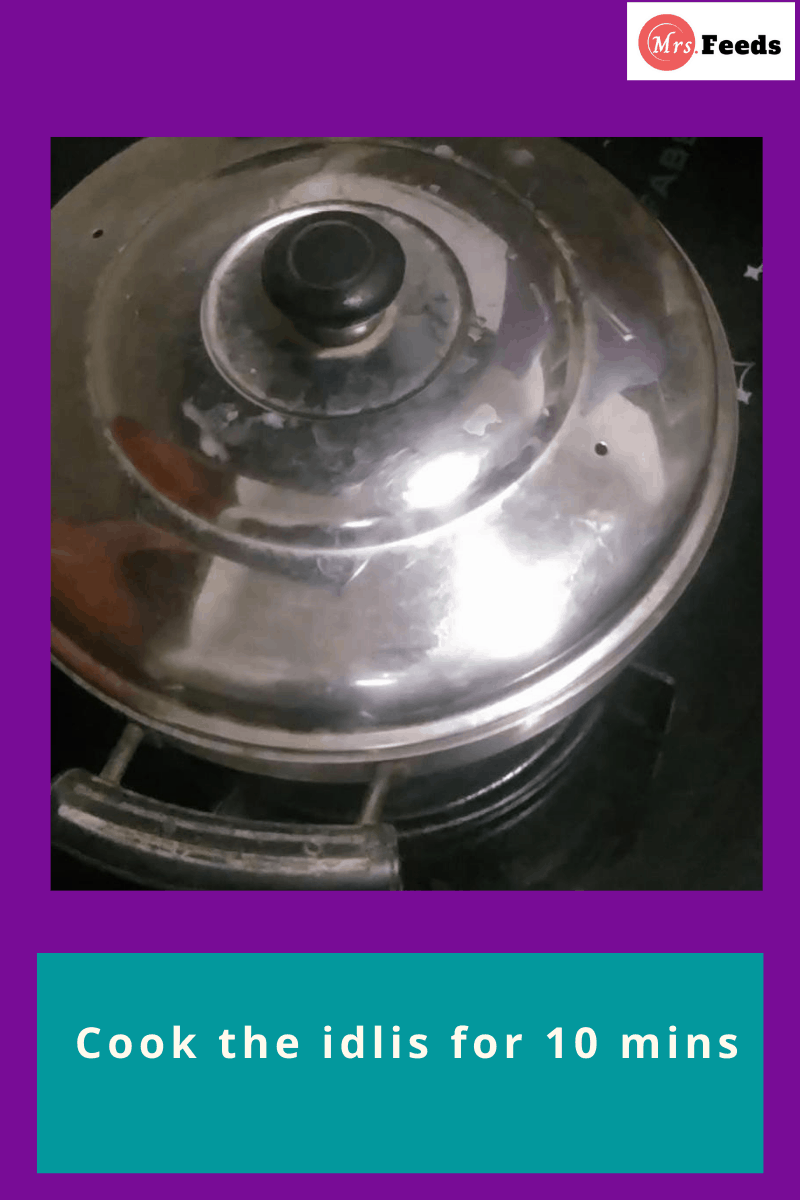 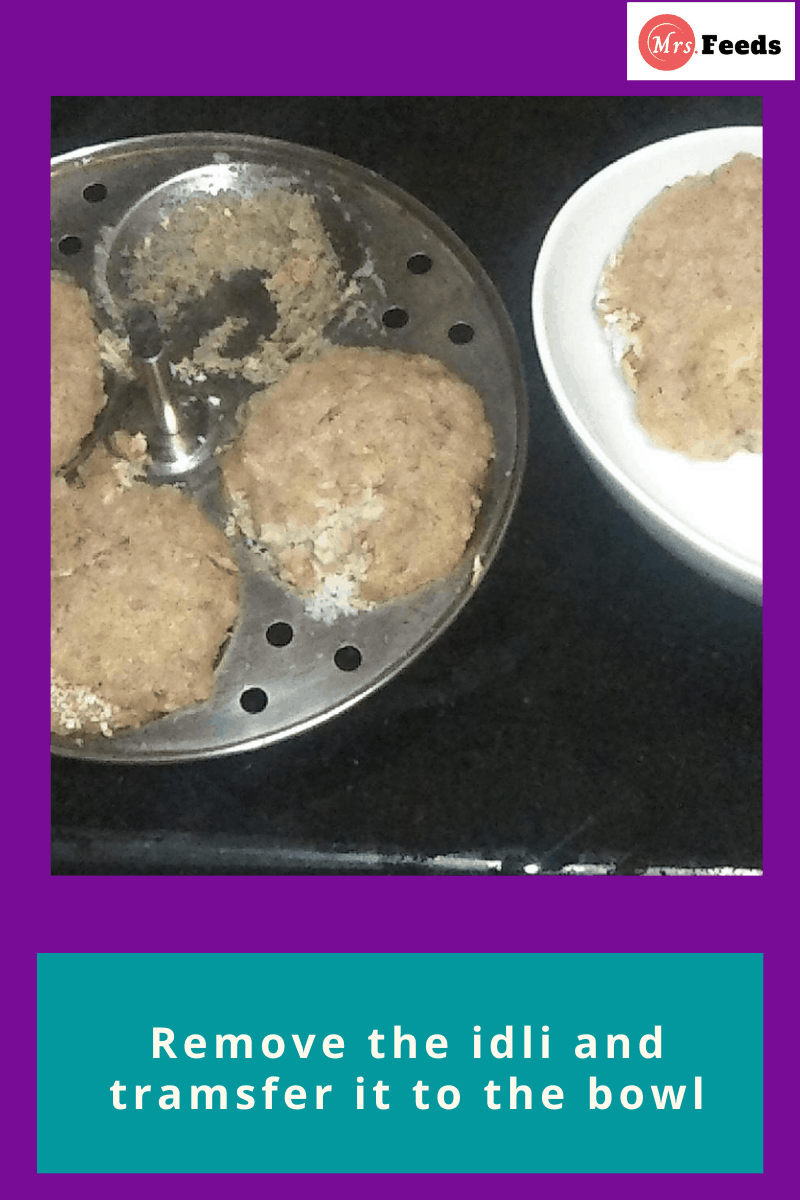 The delicious sweet coconut stuffed red poha idlis are ready to be served. You can serve with honey and kids would love to eat them with honey.  If you want to have savory recipe of idli. You must  try savory idli  potato stuffed idlis with potato masala if you want to break the monotony and give twists to the regular breakfast. 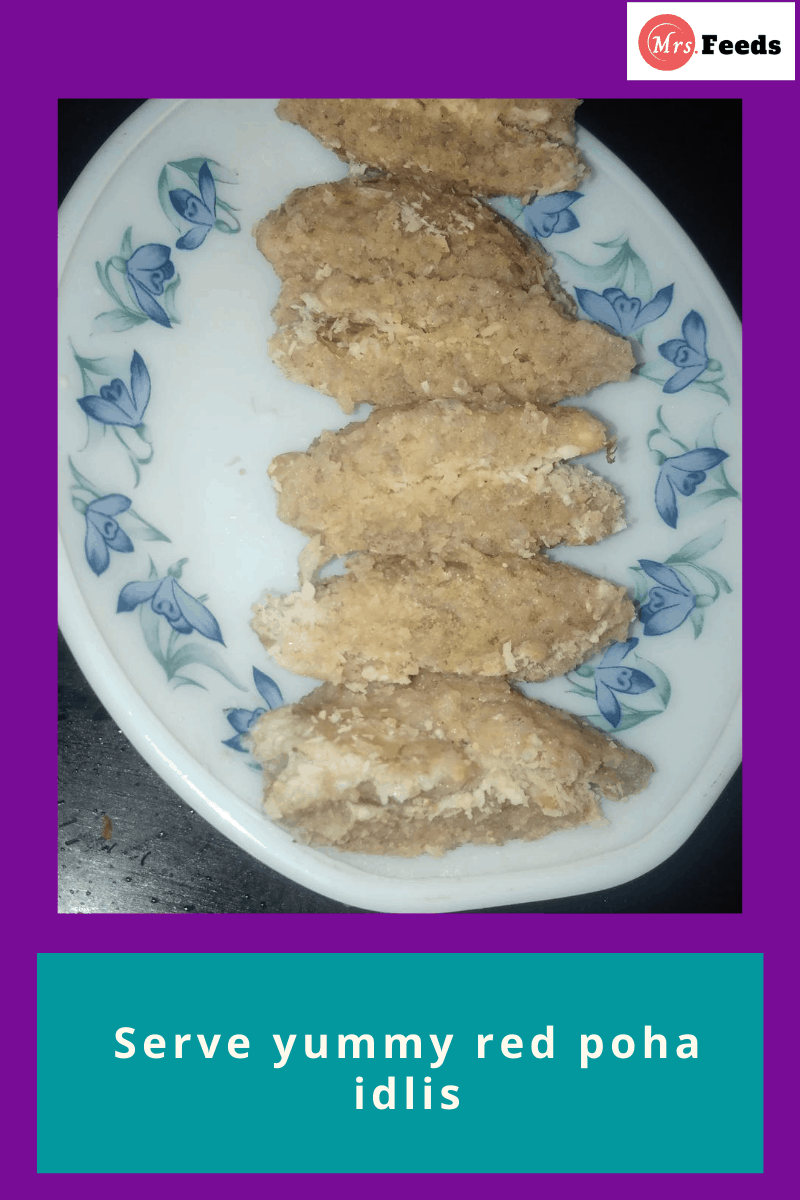 Now that I have discussed the detailed recipe of Red poha idli, here are a few tips that will help you get the softest and yummiest idis

2. Do not overfill the idli moulds

3. Be watchful of the timer

When using a idli cooker for making red poha idlis, be very mindful of the timer. Do not overcook the idlis or they will get hard.

5. Soak the ingredients for right amount of time

When the red poha is soaked to the given amount of time. This will help you give the soft and spongy idlis

6. Use of Cardamom powder

Cardamon is one of the best spices in the world which enhances the flavor of both sweet and savory dishes. You must not miss to add this especially when trying the sweet recipes.

7. Use of healthy sugars

Healthy sugars are imported to be added in the recipes for sweetness. As the natural sugars have more health benefits and the come with the added nutrients

I hope you liked my blog on red poha idli. If you have any doubts or questions, feel free to ask them in the comment section below. I will be more than happy to help.